The first quake with a magnitude of 2.6 occurred about 4 kilometers southeast of Jangjin, South Hamgyong Province, at 6:41 a.m., according to the Korea Meteorological Administration (KMA).

The second quake of magnitude 2.8 was detected at 6:45 a.m., about 4 kilometers northeast of Jangjin.

Both quakes occurred naturally and do not seem to have caused any damage, the KMA said.

They posted a maximum level 1 on the seismic intensity scale, which means that most people would not have felt them. 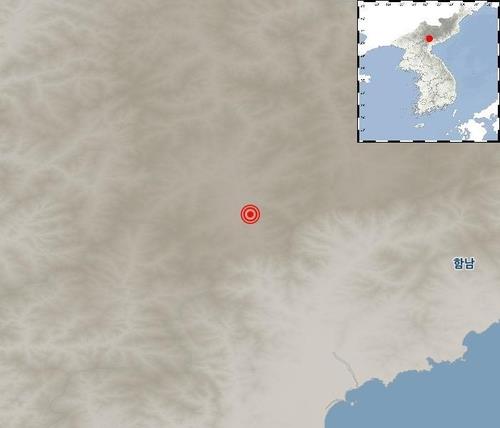