SEOUL, Oct. 19 (Yonhap) -- CJ ENM, a leading entertainment and media company, is in talks to bring K-pop powerhouse SM Entertainment under its control, a source with direct knowledge of the talks has said.

The deal, if realized, would see the birth of an entertainment giant that could shake the Korean pop cultural scene. SM, one of the country's top K-pop agencies, manages such idol groups as EXO, Red Velvet, NCT and aespa that have a large following abroad.

"It is true that CJ is in some kind of talks with SM in a positive atmosphere," the source told Yonhap News Agency by phone Monday. 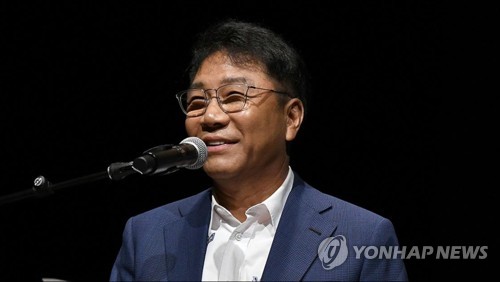 As news emerged that Lee Soo-man, the largest shareholder and chief producer of SM, was planning to sell his stake, who will acquire the company has drawn wide attention in the music industry.

Lee has an 18.72 percent stake in SM, according to the company's semiannual report. Considering that SM has a market capitalization of 1.72 trillion won (US$1.44 billion) based on Monday's closing price, the total value of his share is estimated at 323.1 billion won.

Kakao Entertainment was mentioned before as the strongest candidate to take over SM, as it sought to broaden its business horizons.

But Kakao announced Monday in the local stock market that its subsidiary Kakao Entertainment "has been continuously reviewing various measures, such as business alliances and equity investments, to strengthen competitiveness in the global content market, but no specific decision has been made at this time."

An insider in the music industry said that Kakao had actively jumped into the battle to acquire SM but that now the K-pop agency appears to be more interested in selling its company to CJ ENM rather than Kakao Entertainment.

Some in the industry have raised the possibility that CJ ENM may seek to merge with SM after physically dividing the music business part, but an official from CJ Group said nothing has been decided yet.

CJ ENM in talks for taking over SM Entertainment: source

CJ ENM in talks for taking over SM Entertainment: source