SEOUL, Oct. 19 (Yonhap) -- The intelligence chiefs of South Korea, the United States and Japan met here on Tuesday and discussed North Korea's firing of what appeared to be a submarine-launched ballistic missile (SLBM) toward the East Sea, Seoul's state spy agency said.

Earlier in the day, North Korea fired the short-range missile from the vicinity of Sinpo, where its main submarine shipyard is located, according to the South Korean military. It marked the North's eighth known major missile test this year.

The North's latest show of force came as Avril Haines, the U.S. director of national intelligence, and Hiroaki Takizawa, Japan's Cabinet intelligence director, were in Seoul for trilateral talks with Park Jie-won, the head of South Korea's National Intelligence Service.

"During the meeting, they had a candid conversation on issues of common interest, including the security situation surrounding the Korean Peninsula," the spy agency said in a release. "The top intel officials also shared information on North Korea's short-range missile launch and assessed the situation."

On Monday, Park held bilateral talks with his U.S. and Japanese counterparts. 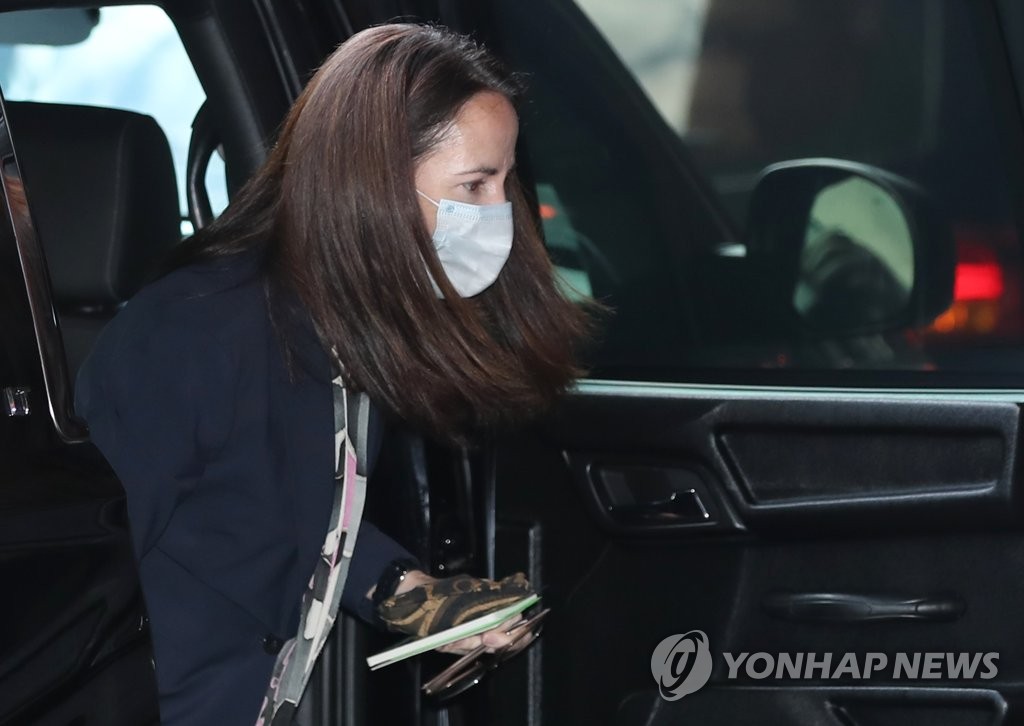 The firing came amid a flurry of diplomatic activities to resume the long-stalled denuclearization talks, with top nuclear envoys of South Korea, the U.S. and Japan in Washington to discuss ways for the resumption of dialogue.

During Tuesday's meeting, the three intel chiefs also discussed economic security issues, such as the global supply chain disruptions and tech leakage, and vowed to strengthen their trilateral intelligence cooperation, according to the agency.

The three last held such a trilateral meeting in May in Tokyo.

Haines is expected to depart from Seoul later in the day, wrapping up her three-day stay here. She had a meeting with Suh Hoon, director of national security at Cheong Wa Dae, on Monday. 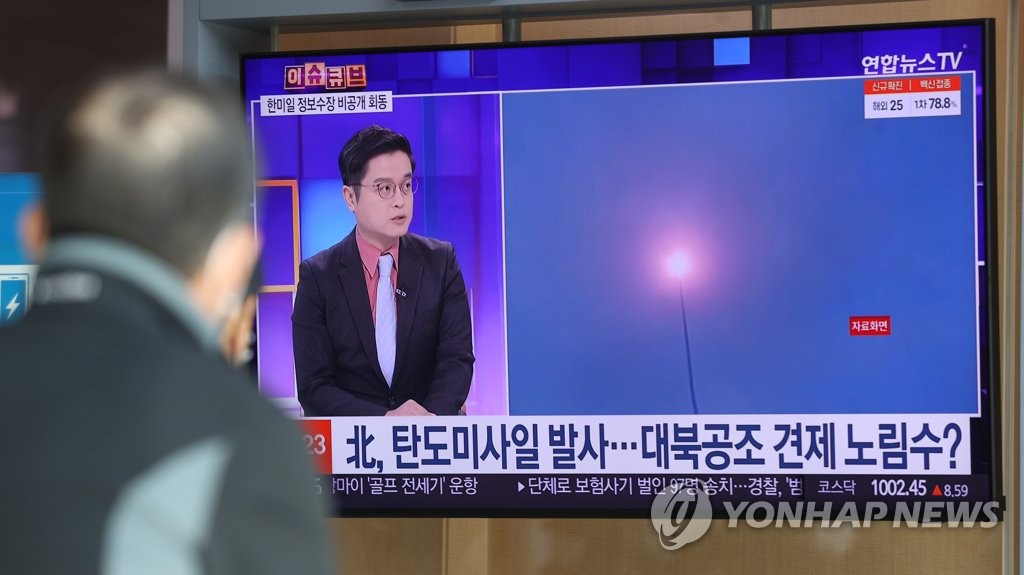