SEOUL, Oct. 19 (Yonhap) -- A North Korean propaganda organ on Tuesday urged Seoul to remove its "hostile" policy against Pyongyang before seeking the declaration of a formal end to the 1950-53 Korean War.

Last month, South Korean President Moon Jae-in repeated his call for the end-of-war declaration at the United Nations General Assembly, as Seoul attempts to invigorate its peace drive for lasting peace on the peninsula amid stalled denuclearization talks.

Tongil Voice, a North Korean propaganda radio broadcast, said on its website Seoul should take actions to improve cross-border relations before such a declaration can be made.

"Currently, inter-Korean relations are unstable and remain in a stern, strained phase," it said. "If an end-of-war declaration is made while neglecting the current hostile and opposing relations, (the two sides) will fall into the evil cycle of conflict even before the ink dries up."

It cited Seoul's recent arms buildup and joint military exercises with the United States as the cause of tensions on the peninsula.

In mid-September, South Korea test-fired an indigenous submarine-launched ballistic missile, while the North has also recently conducted a series of missile launches, including a hypersonic one.

His sister Kim Yo-jong earlier that month said the declaration is an "admirable idea" but that hostile policies against North Korea should be stopped.

The two Koreas remain technically at war, as the Korean War ended only with an armistice, not a peace treaty. 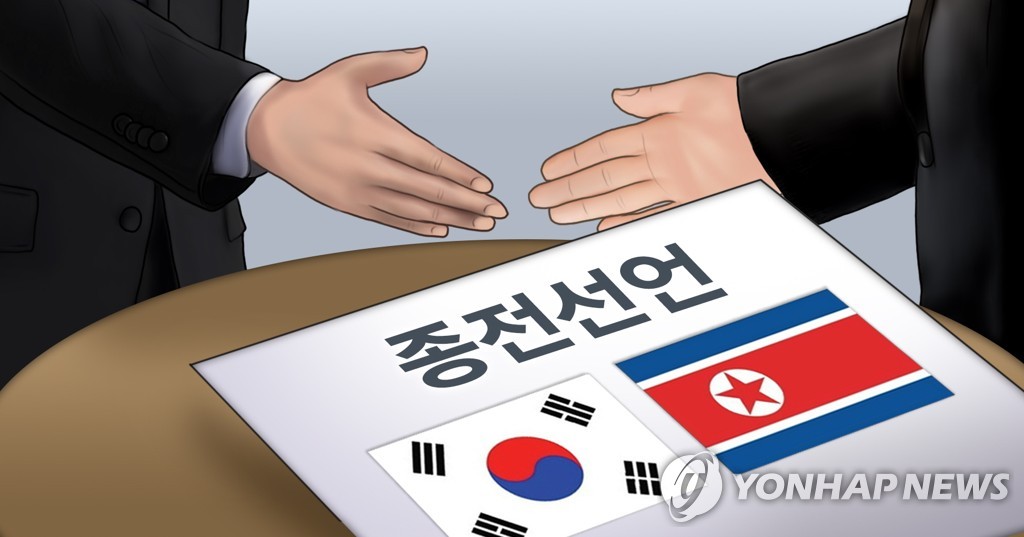