SEOUL, Oct. 19 (Yonhap) -- The number of employees in the food service segment rebounded in April from a year earlier as the job market recovered amid the economic recovery, data showed Tuesday.

The number of people employed at restaurants and eateries reached 1.6 million in April, 65,000 more than the previous year, according to Statistics Korea.

The tally rebounded from October 2020 when the number of such workers fell 179,000, marking a record on-year fall.

Still, the total number of workers in the food service segment stayed below pre-pandemic levels, indicating that slumps in the sector continued. In April 2019, the number of such employees reached 1.72 million.

Workers in the food service sector accounted for the largest share of 5.9 percent of a total of 27.2 million people hired in April, the data showed.

The face-to-face service segments, such as hospitality and retailers, were hit hard by the COVID-19 pandemic as people refrained from visiting offline stores on concerns about virus infections.

The number of workers at offline shops declined 99,000 on-year to 1.75 million, as more retailers closed stores amid non-contact consumption trends.

That of delivery workers rose 53,000 to 423,000 in April on the back of strong demand for food and parcel delivery services. It marked the largest on-year gain for any April.

The number of people providing care services for senior citizens grew 59,000 on-year to 591,000 amid rapid aging, the data showed.

South Korea reported job growth for the seventh straight month in September in the latest sign that job recovery continued despite the fourth wave of the pandemic.

The number of employed people came to 27.68 million in September, 671,000 more than a year earlier and marking the largest on-year gain since March 2014, according to separate data from Statistics Korea. 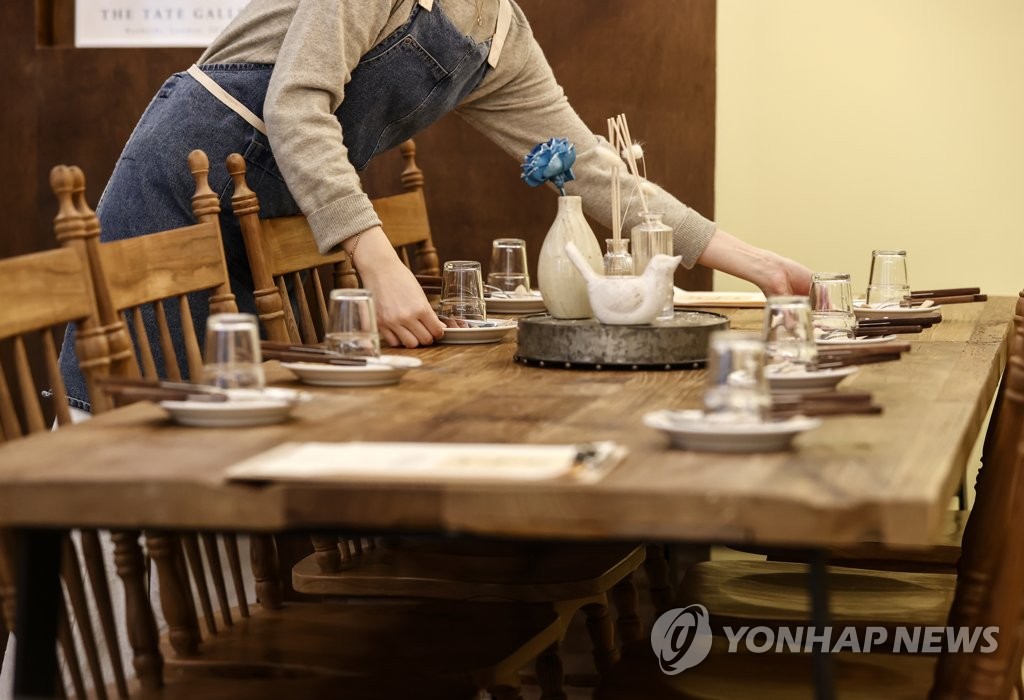 No. of employees in food service segment rebounds amid job recovery

No. of employees in food service segment rebounds amid job recovery