SEOUL, Oct. 19 (Yonhap) -- The Cabinet on Tuesday approved a revision to the immigration law to grant long-term residency to Afghan evacuees airlifted in August from the Taliban-seized country and allow them to get jobs here.

"In order for them to live independently in our society, getting jobs must be a priority," Prime Minister Kim Boo-kyum said during the Cabinet meeting in Sejong. "Ministries should review ways that can utilize their careers in Afghanistan in South Korea."

In August, the government airlifted more than 390 Afghan co-workers and their family members under a military mission as they faced possible Taliban retaliation for having supported foreign operations.

The Afghan evacuees include medical professionals, vocational trainers, IT experts and interpreters who worked for Korea's embassy in Kabul and its humanitarian and relief facilities in Afghanistan, as well as their family members.

They have been staying at the National Human Resources Development Institute in the central county of Jinchon, 91 kilometers south of Seoul, taking assimilation programs provided by the government.

Kim said the Afghan evacuees will move to the Korea Coast Guard Academy in Yeosu, 450 km south of Seoul, later this month to continue their assimilation programs that are designed to help them get familiar to the Korean culture and society.

"We ask for a warm welcome and support from citizens of Yeosu so that they can complete assimilation programs by February next year," he said.

Meanwhile at the Cabinet meeting, Kim and officials discussed the government's youth job and education support project named Youth Hope ON, and enforcement of a new law punishing stalkers. 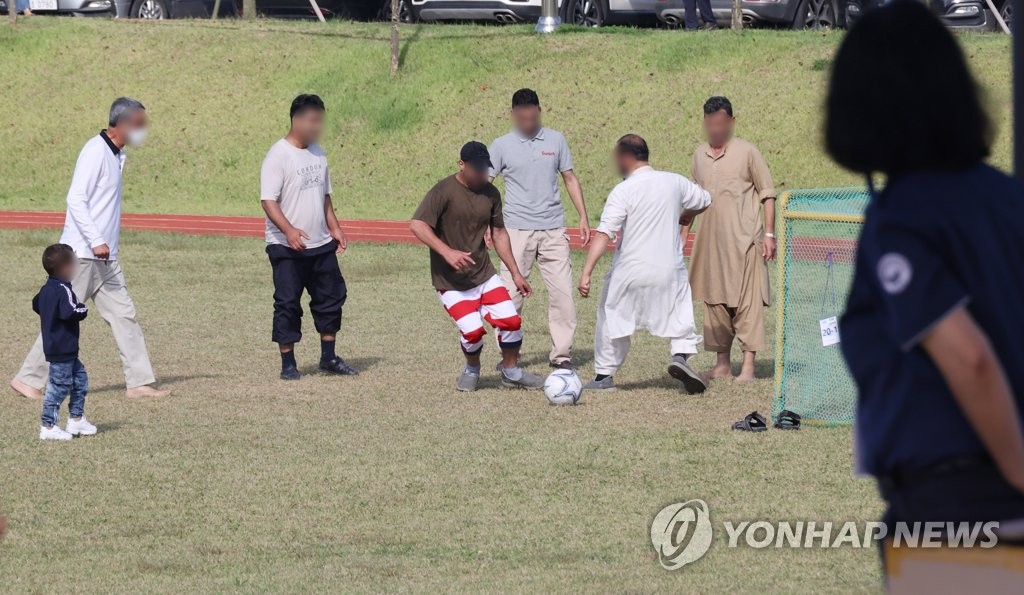