Lee, who attended the audit as chief of the provincial government, laughed and denied the accusations.

Kim's claims later lost credence as the cash photo was found to be the same one that the former gangster used previously on Facebook to show off his own earnings.

"We believe (Kim) isn't qualified to be a National Assembly representative and plan to refer him to the ethics committee and even talk about the need for him to step down," Rep. Han Jun-ho, a DP spokesman, told reporters after a party meeting.

The ethics committee decides whether to take disciplinary action against lawmakers.

Lee has come under fire from opposition parties over suspicions he was involved in a corrupt scheme that awarded a little known company massive dividends from a land development project conducted in Seongnam in 2015 during his time as mayor. 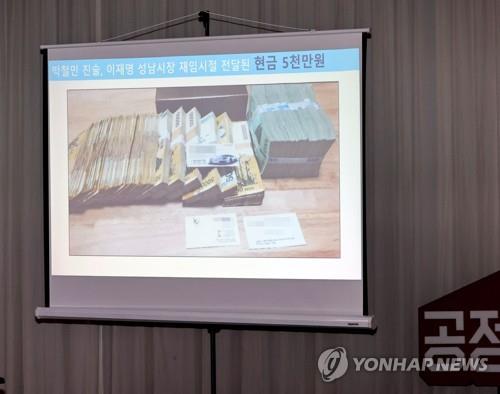