SOKCHO, South Korea, Oct. 19 (Yonhap) -- The first snow of the season fell on a portion of Mount Seorak in the northeast of the country Tuesday, 15 days earlier than last year, park authorities said.

Flakes began falling at about 10 a.m. around Jungcheong Shelter, 1,676 meters above sea level, according to the Seoraksan National Park Office.

The temperature was 0.4 C and the wind speed was 0.6 meters per second at that time. Snowfall was too light to accumulate, officials said. 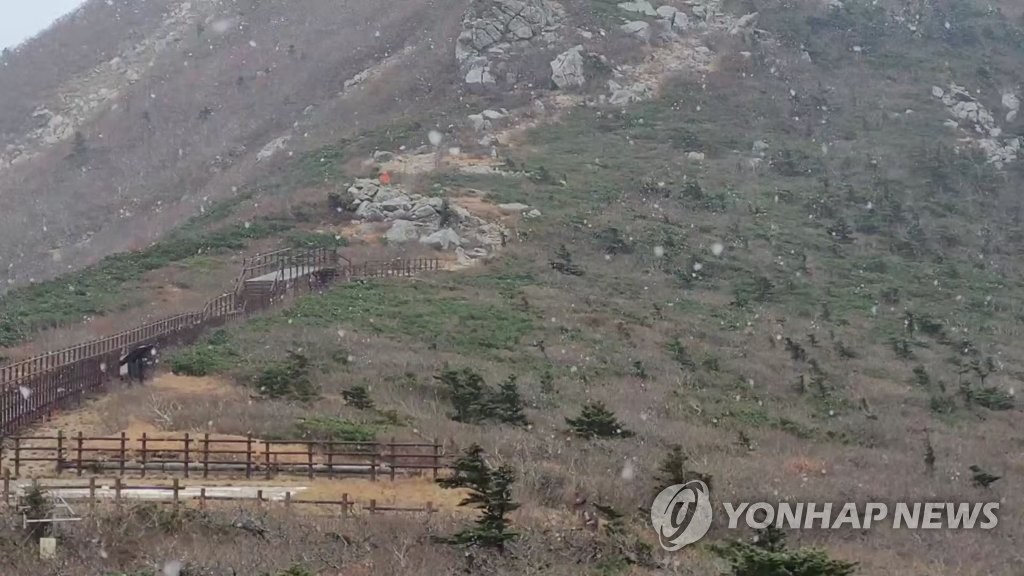 The nation was hit by an unseasonable cold snap over the weekend, with many parts of the country experiencing record low temperatures for mid-October on Sunday and Monday morning.

The weather began to warm up Monday afternoon as the cold front weakened and warm southerly winds prevailed.
(END)

First snow of the season falls on Mount Seorak

First snow of the season falls on Mount Seorak