The 40-year-old man surnamed Oh was indicted on robbery and murder charges last year over the death of his 24-year-old employee in March last year.

Oh's crimes occurred at his studio apartment in Uijeongbu, just north of Seoul, where he was conducting an internet broadcast on overseas futures investment, according to court documents.

After incurring a debt of over 100 million won (US$84,700) and running short of living expenses, Oh set up a plan to make money by hiring the female employee and having her appear in his broadcast in skimpy dresses.

After she refused to comply, Oh stole 10 million won from her bank account before strangling her to death, the documents said. One day after his crimes, Oh turned himself in to the police.

A district court sentenced Oh to an imprisonment of 35 years, but an appellate court reduced his term to 30 years in consideration of his voluntary surrender.

The Supreme Court dismissed Oh's appeal, saying the 30-year prison term cannot be seen as unfair considering the motive of his crimes and all the relevant circumstances. 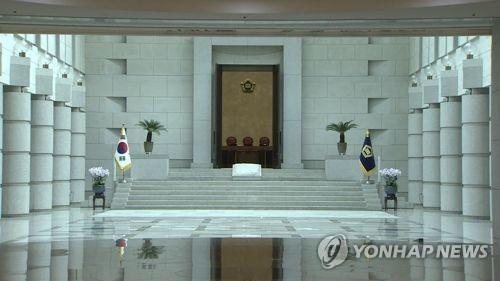