In its weekly press briefing, the K League said its clubs based in and around Seoul will swing open their stadium gates Saturday and Sunday.

The government has lifted its ban on attendance at sports games in the greater Seoul area, effective as of Monday, as long as fans are fully vaccinated. 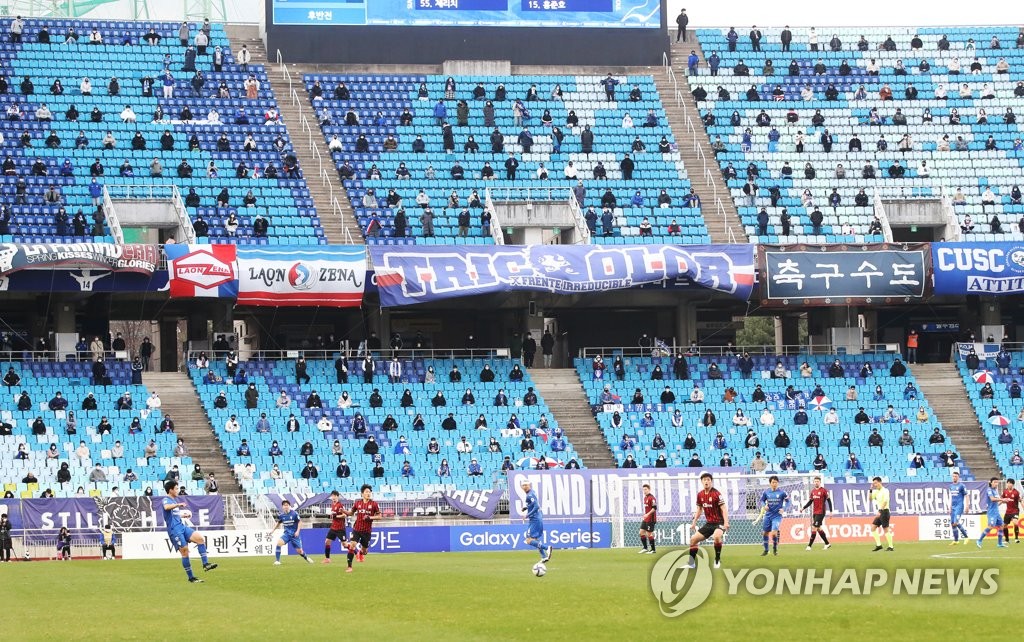 Teams elsewhere have been able to admit fans at up to 30 percent of their stadium capacity for most of the year. Clubs in the capital region also began the season with fans in the seats, but gates were slammed shut at the onset of the fourth wave of the COVID-19 pandemic in July.

That will change in baseball and volleyball first Tuesday. There are five matches scheduled for Saturday in the second-tier K League 2 and six more in the top-flight K League 1 for Sunday.

Of those, four will be played in the greater Seoul region. Ansan Greeners FC will host Seoul E-Land in Ansan, Gyeonggi Province, and Bucheon FC bringing Chungnam Asan to Bucheon, also in Gyeonggi, on Saturday in the K League 2.

The league office said it will keep the same set of protocols from earlier in the year when fans were allowed at all stadiums. Eating and drinking will remain prohibited, and all tickets must be reserved ahead of time, with no on-site purchasing available. 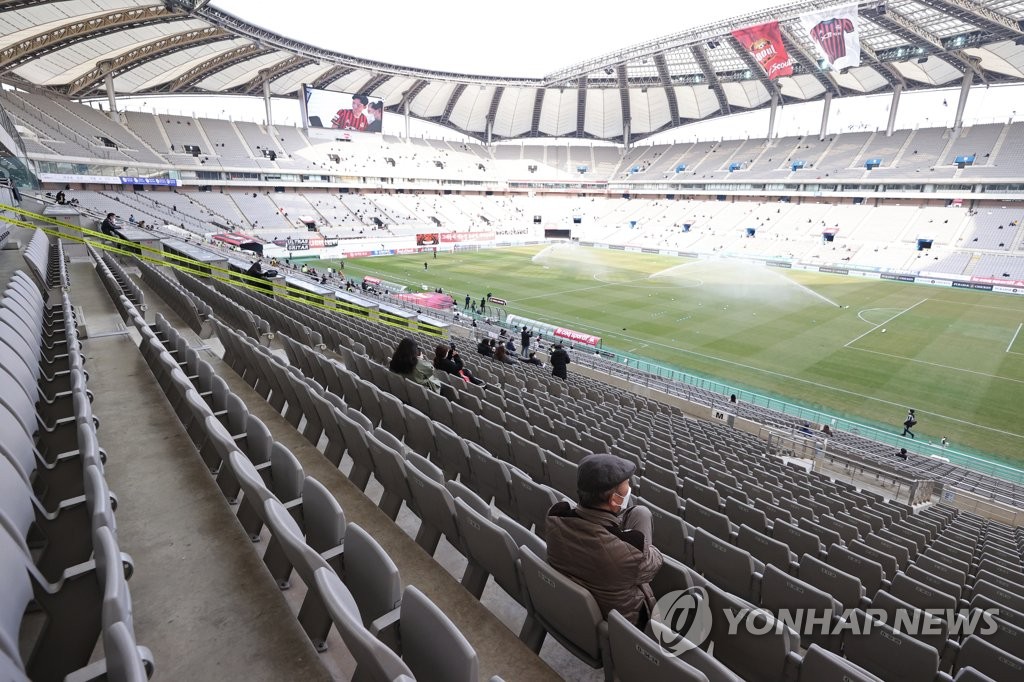 Also, fans must provide proof of vaccination before entering stadiums. The K League warned that those who provide forged documents on vaccination will face criminal charges.

Sections typically reserved for fans of away clubs will stay closed for the time being to guard against the spread of the virus, but the league said it will consider reopening those sections before the end of this season.

Under newly loosened rules, K League stadiums to welcome fans back on weekend

Under newly loosened rules, K League stadiums to welcome fans back on weekend