By Chae Yun-hwan and Kim Eun-jung

The U.S. diplomat is expected to arrive in Seoul on Friday for a three-day trip, according to sources.

The Saturday discussions will likely touch on North Korea's latest missile firing and discuss its impact on the regional security situation.

Earlier in the day, North Korea fired what appears to be a submarine-launched ballistic missile from the east coast, the Joint Chiefs of Staff said, dampening hopes to revive dialogue with the reclusive regime.

Denuclearization talks between Washington and Pyongyang remain stalled since the no-deal Hanoi summit between then U.S. President Donald Trump and the North's leader Kim Jong-un in 2019.

Seoul has recently ramped up diplomacy to bring North Korea back to talks, with Noh and Kim meeting in Washington on Monday.

They are scheduled for a trilateral meeting with their Japanese counterpart, Takehiro Funakoshi, on Tuesday, which is expected to touch on the trilateral security cooperation on North Korea under new Japanese Prime Minister Fumio Kishida. 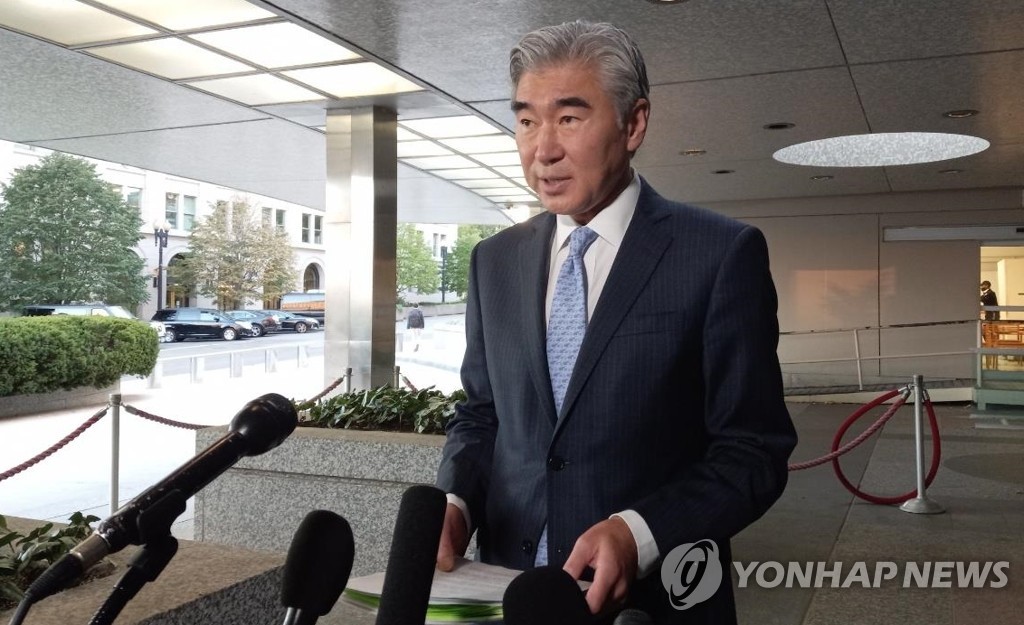