SEOUL, Oct. 19 (Yonhap) -- A stalker who was sentenced to life imprisonment for killing an online game mate and her family members has appealed the verdict, officials said Tuesday.

Kim Tae-hyun, 25, filed the appeal a day earlier against the sentence he received last week for killing the game mate, her mother and her sister at their home in Seoul in March.

As the game mate cut communications with him, Kim disguised himself as a deliveryman to enter her home and killed the youngest daughter who was at home alone. He waited for the other two to come home and stabbed them to death when they arrived, according to a previous police probe.

The local court accepted prosecutors' claim that the killings of not only the online friend he stalked but the two others as well were premeditated, although it came short of giving the death penalty demanded by the national prosecution service.

Kim has admitted the murder of his friend was premeditated but insisted the killings of the other two were not because he did not know the family structure beforehand.

The prosecution also appealed the court decision on Monday, bringing the case to an appellate court for a second trial. 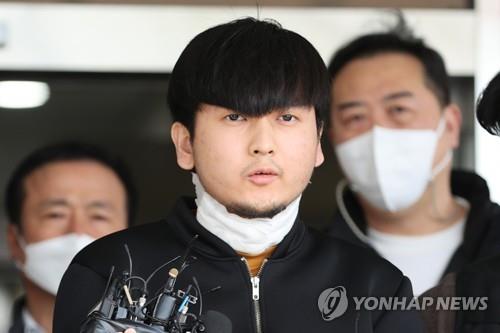