SEOUL, Oct. 19 (Yonhap) -- On the eve of an all-Korean clash at the top Asian club football competition, Ulsan Hyundai FC head coach Hong Myung-bo took a step back and looked at the big picture on Tuesday.

Ulsan will take on the fellow K League 1 club Pohang Steelers in the semifinals of the Asian Football Confederation (AFC) Champions League on Wednesday. It's a 7 p.m. kickoff at Jeonju World Cup Stadium in Jeonju, 240 kilometers south of Seoul. 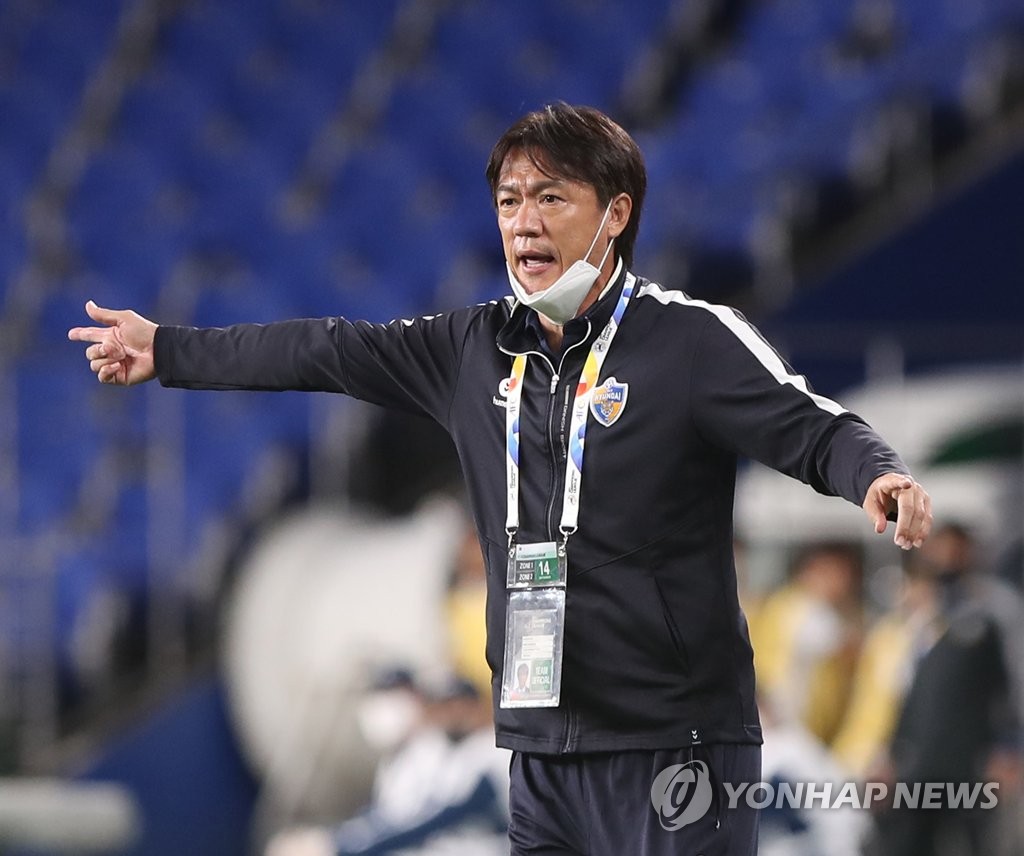 Ulsan are the defending AFC champions and are one win away from becoming the first K League team to reach the final of the continental tournament in consecutive seasons.

And for Hong, this won't just be another match against Ulsan's regional rivals.

"I think this is a great opportunity to promote excellence of the K League," Hong said at his prematch press conference. "The K League has been a leader of Asian football for a long time. We won (the AFC title) last year, and now we'll play Pohang in the semifinals. We'll do our absolute best until the end." 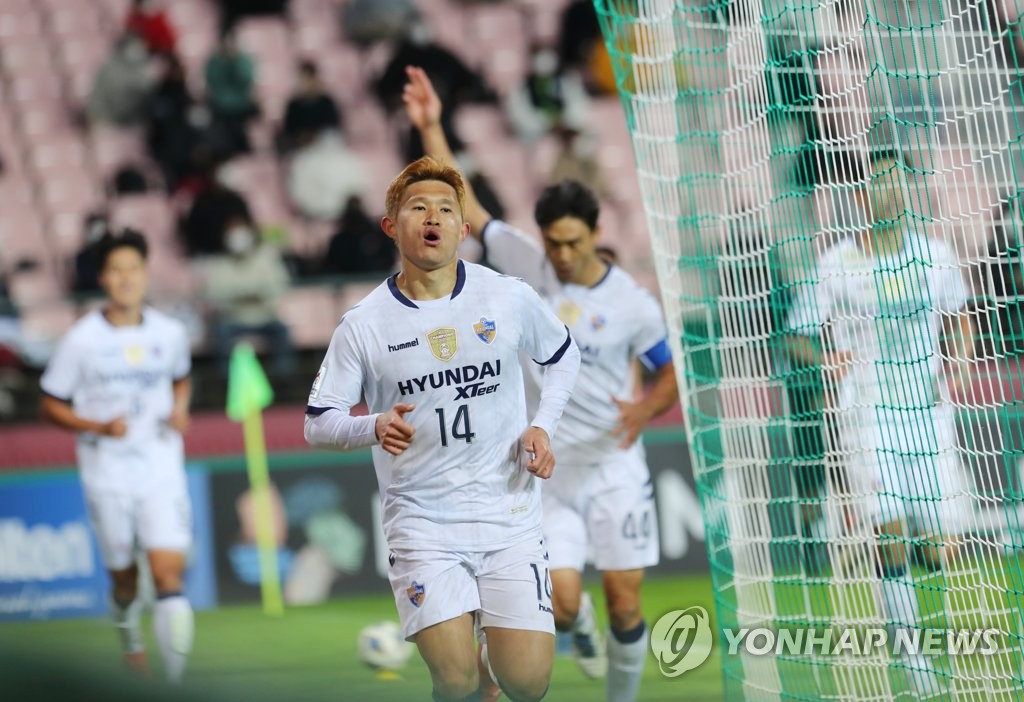 The two clubs have met three times so far in the K League 1 season, and Ulsan have recorded two wins and a draw in those meetings.

Ulsan are also pursuing a treble, or winning three major trophies in one season. They're atop the K League 1 tables and have reached the semifinals of the Korean FA Cup. No South Korean club has completed a treble.

Hong's team will be heavily favored over Pohang, thanks to their firepower and superior depth. But Hong wasn't about to let his guard down. Ulsan also expended more energy in Sunday's quarterfinals, needing extra time to beat Jeonbuk Hyundai Motors 3-2. Pohang, on the other hand, had an easier time beating Nagoya Grampus 3-0 in the quarters. 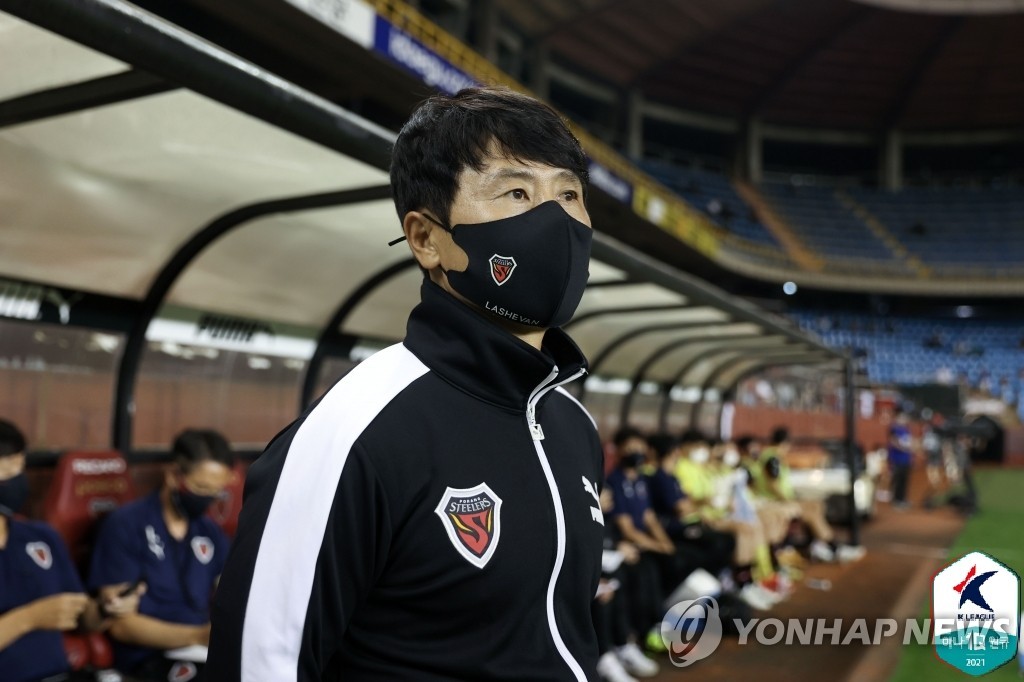 "Pohang have been a great team in knockout matches like this, and their players have a lot of experience," Hong said. "The key for us is to recover in time for tomorrow's match. On top of physical exhaustion, our players have been dealing with mental fatigue. But I believe the guys have enough experience to bounce back."

Earlier in the day, Pohang head coach Kim Gi-dong said his squad had already exceeded the goal of reaching the round of 16, and now they'll be playing with house money.

"Now that we've come this far, we may as well go for the championship," Kim said. "Ulsan have always been a great team. We haven't beaten them in the K League this season. But this is a different competition and upsets can happen."

Asked who on Ulsan he feared the most, Kim said, "It's coach Hong. He's a brilliant tactician with a ton of experience." 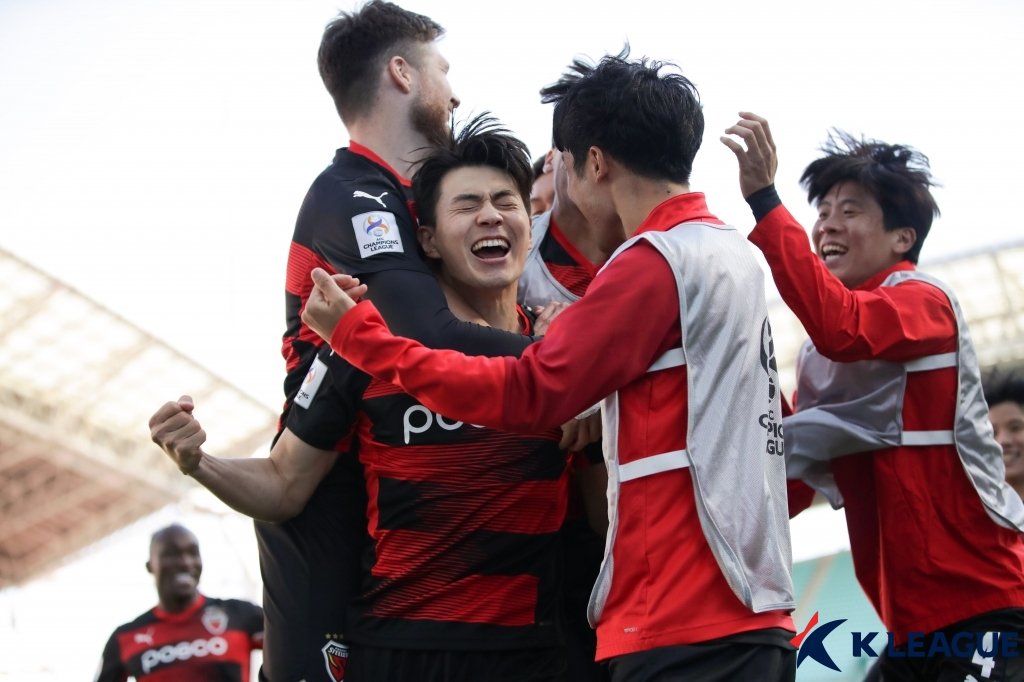