SEOUL, Oct. 19 (Yonhap) -- South Korea, the European Union and Oman have held their first combined anti-piracy exercise in waters around the Gulf of Aden, the defense ministry said Tuesday.

On Monday, the Korean Navy's 4,400-ton destroyer Chungmugong Yi Sun-shin joined the exercise with the EU's warship, Victoria, and the Maritime Security Center of Oman, the ministry said.

The exercise took place along the International Recommended Transit Corridor, a shipping route through the Gulf of Aden patrolled by international naval forces.

"All participants are making continued efforts to maintain the rules-based international order, freedom of navigation and overflight, regional prosperity, and stability and security," the ministry said in a press release.

The exercise came as the EU has been stepping up anti-piracy efforts under its "Operation Atalanta." 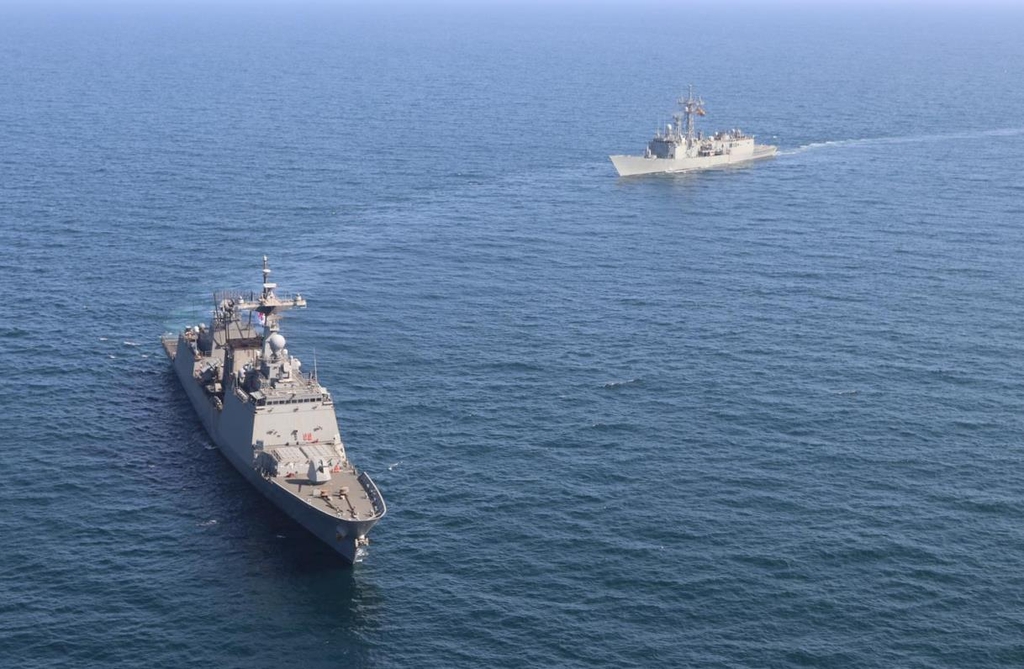