Choi reached the milestone Tuesday against the Kia Tigers starter Bo Takahashi in the top of the fourth inning of the team's Korea Baseball Organization (KBO) regular season game in Gwangju, 330 kilometers south of Seoul. 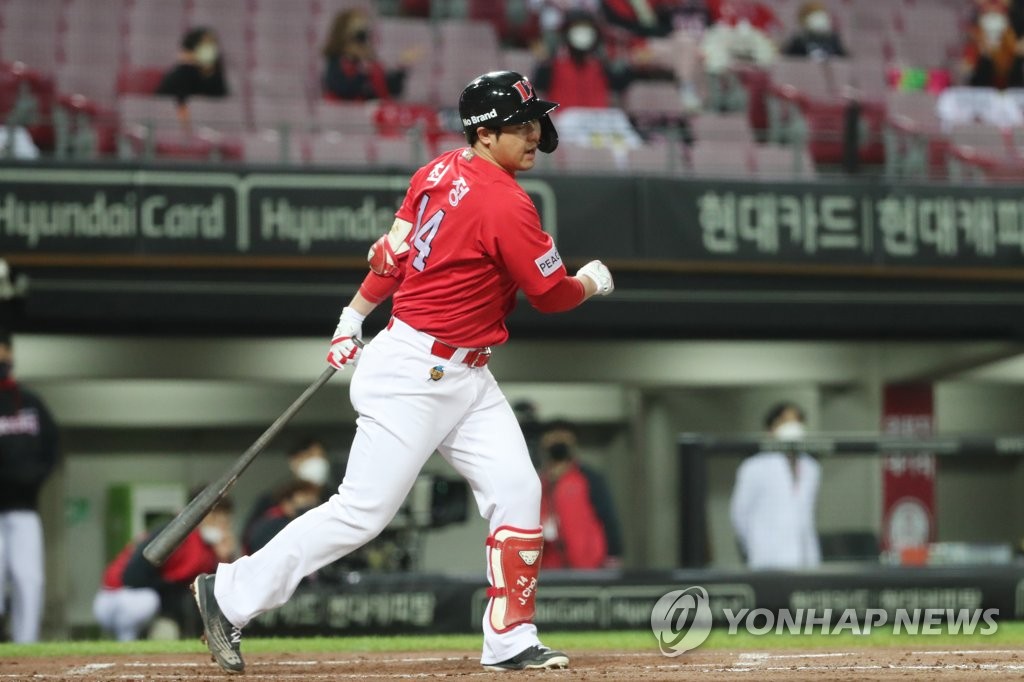 The solo shot at Gwangju-Kia Champions Field was Choi's league-leading 32nd homer of the 2021 season. At 3-2 count, Choi turned on a belt-high fastball and drove it into left field to tie the score at 4-4.

Still going strong at age 34, Choi has a realistic chance at breaking Lee's record. He debuted as an 18-year-old in 2005 and has reached double figures in home runs in every season since 2006.

Choi has 32 homers this year for his fifth career 30-homer campaign. All five of them have come in the last six years, and he narrowly missed out in 2019 when he finished with 29 homers.