WASHINGTON, Oct. 19 (Yonhap) -- The U.S. State Department on Tuesday condemned North Korea's latest missile launch as a threat to the region while urging the reclusive state to engage in dialogue.

"The United States condemns the DPRK's ballistic missile launch. These launches are a violation of multiple United Nations Security Council resolutions and are a threat to the region," a State Department spokesperson told Yonhap News Agency in an email. 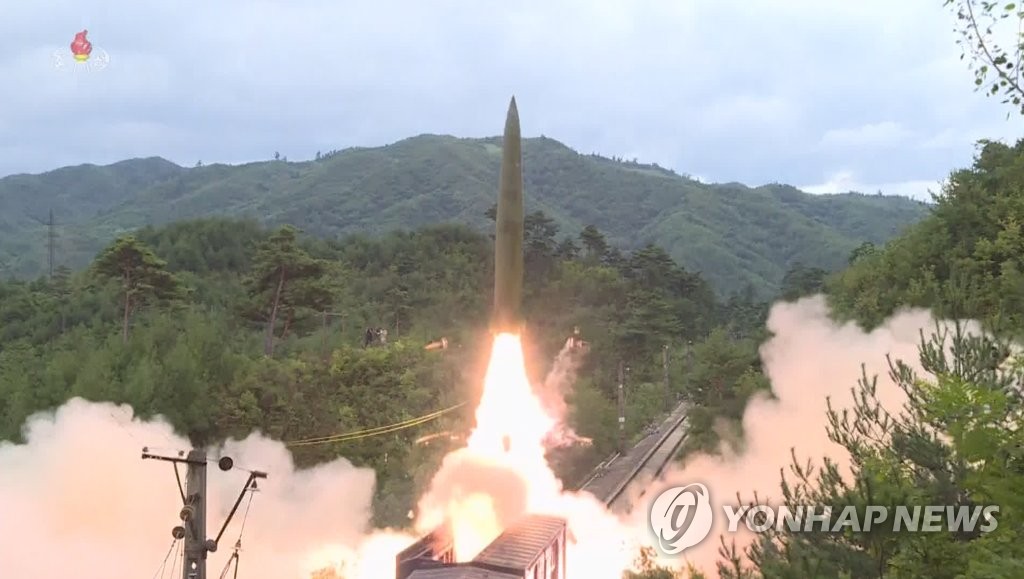 North Korea fired what Seoul officials believed to be a submarine launched ballistic missile into the East Sea on Tuesday (Seoul time).

The U.S. Indo-Pacific Command (INDOPACOM) in Hawaii earlier said it was aware of the North Korean ballistic missile launch, without elaborating on the type of missile launched.

The INDOPACOM said the missile launch did not pose an "immediate threat" to the U.S. or its allies.

North Korea has ignored numerous U.S. overtures for dialogue as it has continued to stay away from talks with the U.S. since early 2019.

U.S. special envoy for North Korea, Sung Kim, again offered to meet with North Korea without any preconditions Monday after his bilateral meeting with his South Korean counterpart, Noh Kyu-duk, in Washington.

"The U.S. continues to reach out to Pyongyang to restart dialogue. Our intent remains the same. We harbor no hostile intent toward the DPRK, and we are open to meetings without preconditions," said Kim, referring to North Korea by its official name, the Democratic People's Republic of Korea.

The U.S. envoy is set to visit Seoul later this week to again talk with his South Korean counterpart on ways to bring North Korea back to the dialogue table that he said may include providing humanitarian assistance to the people of North Korea and declaring a formal end to the Korean War.