SEOUL, Oct. 19 (Yonhap) -- The playoff picture in South Korean baseball was murky enough entering Tuesday. And with four games of the day in the books, it isn't any clearer.

The Kiwoom Heroes stayed in the wild card hunt as the fifth seed in the Korea Baseball Organization (KBO) thanks to a 5-4 victory over the LG Twins at Jamsil Baseball Stadium in Seoul. 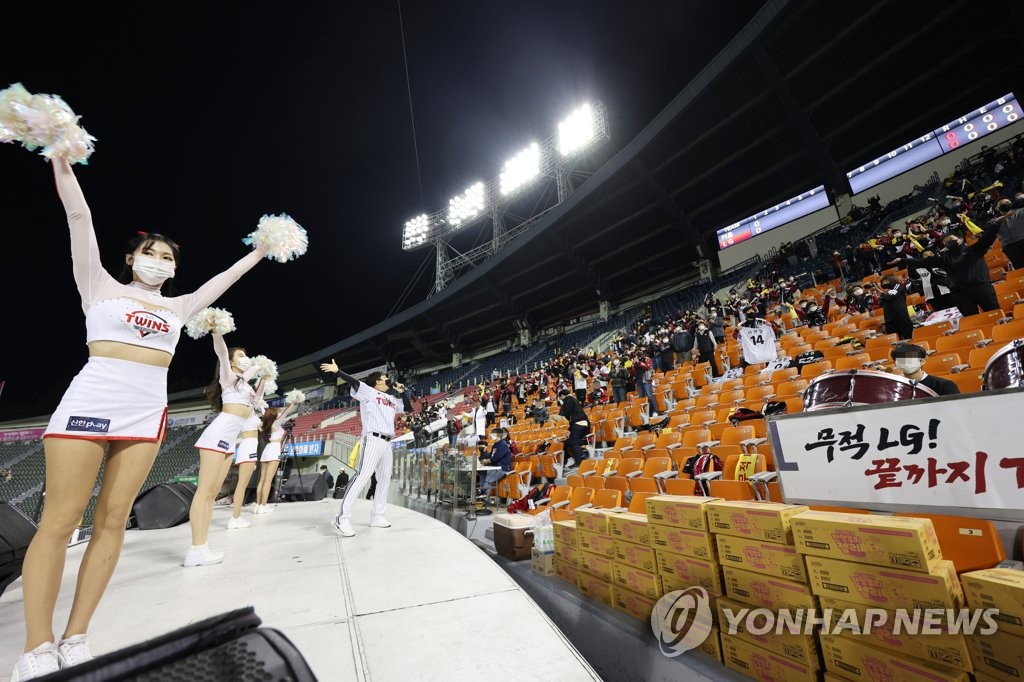 In the KBO, the top five teams advance to the postseason, which starts with a wild card game between No. 4 and No. 5 clubs.

The regular season will end on Oct. 30. Contending clubs have between six and 11 games left.

The Doosan Bears blanked the Samsung Lions 5-0 to move two games ahead of the trio of clubs behind them.

The Wiz, the Lions and the Twins, the top three teams, all lost Tuesday. 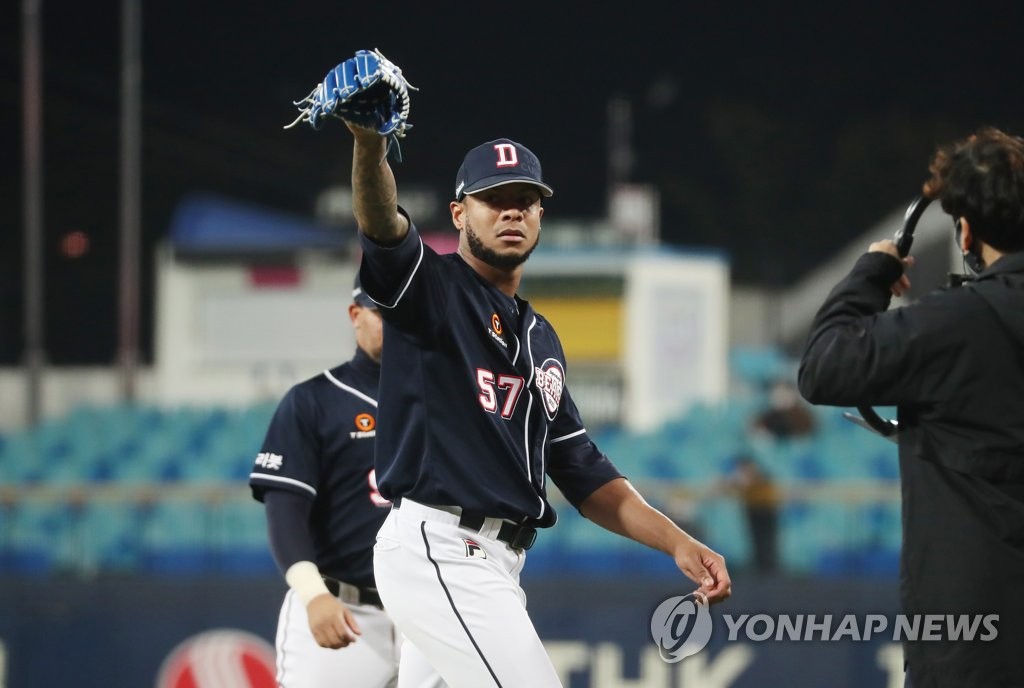 At Jamsil, the Heroes opened the scoring in the top of the second inning courtesy of Ye Jin-won's RBI triple. It was the first career three-bagger for the 22-year-old rookie.

They opened up a five-run lead in the top fifth. Pinch hitter Kim Woong-bin delivered a three-run home run, ambushing LG starter Im Chan-kyu on a first-pitch changeup. A walk and a single followed, and Lee Jung-hoo's fielder's choice groundout brought another run across the plate for a 5-0 Heroes lead.

The Twins got two runs back in the bottom fifth. Yoo Kang-nam smacked a solo home run off starter An Woo-jin, who had held the Twins to just one hit over the previous four innings.

An walked the next two batters, and Kim Hyun-soo made him pay with a single that cut the deficit to 5-2.

The Twins refused to go away, putting up two more runs in the bottom sixth. Against reliever Kim Seong-jin, Moon Sung-ju lined a single up the middle to make it a 5-3 game. The Twins promptly loaded the bases with two straight singles. With new pitcher Kim Jae-woong on the mound, Kim Min-sung's fielder's choice grounder brought the Twins to within 5-4.

Another pinch hitter, Lee Hyung-jong, drew a walk that loaded the bases again for the Twins, but Kim Jae-woong dodged a huge bullet by getting Kim Hyun-soo to fly out to left.

Closer-turned-setup man Cho Sang-woo recorded five outs to keep the Twins at bay, and new closer Kim Tae-hoon got the final four outs in his first appearance of October. 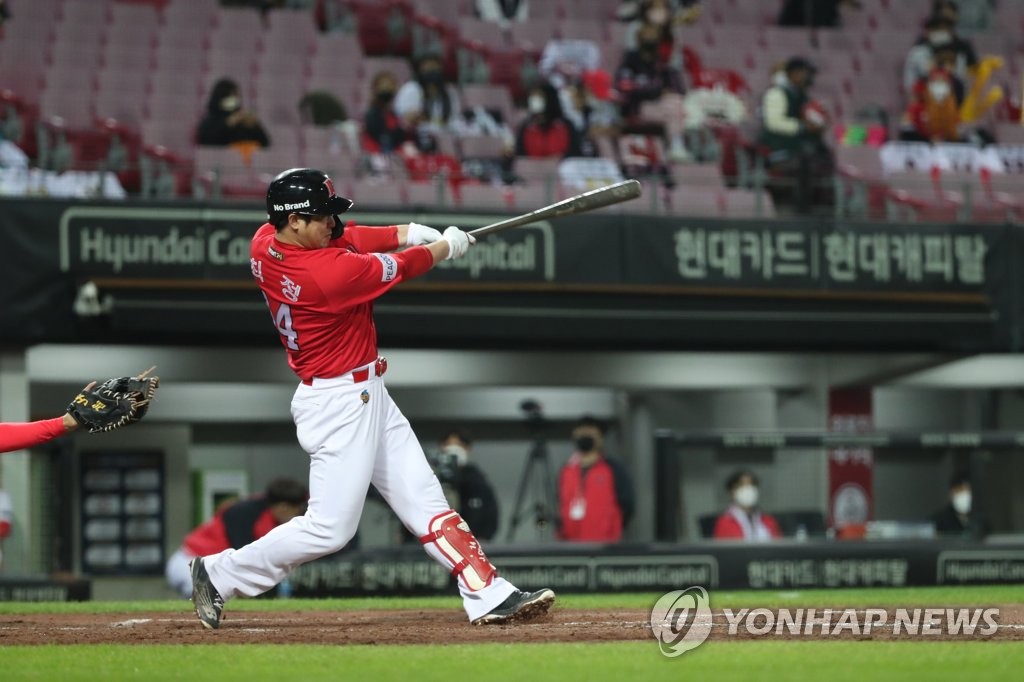 The Landers' loss to the Tigers overshadowed a milestone moment for slugger Choi Jeong, who hit his 400th career home run off starter Bo Takahashi.

Choi is just the second player in KBO history to reach the 400 home run mark. He's 67 behind the leader, Lee Seung-yuop. 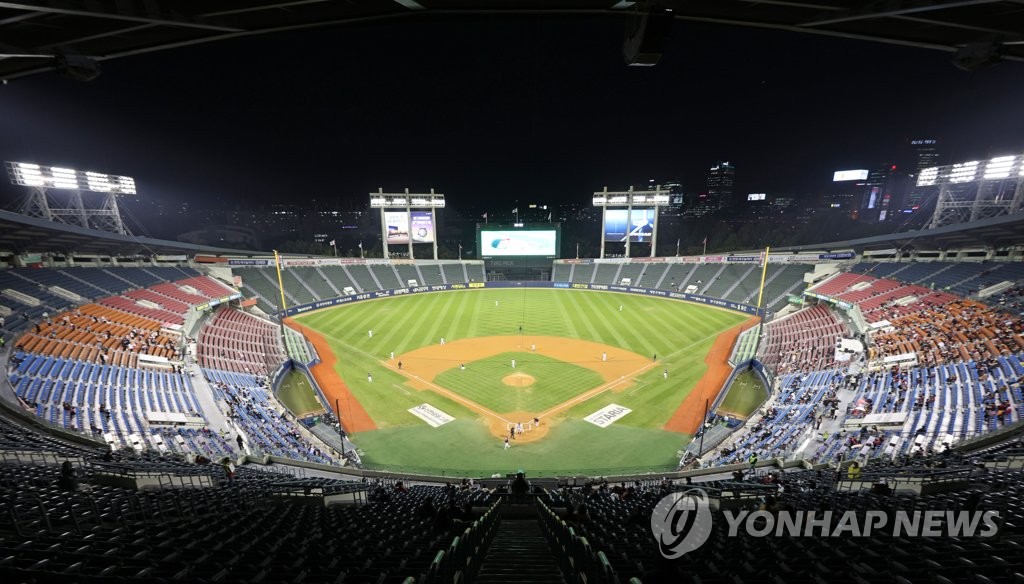