The right-hander still wishes he were the closer for the Kiwoom Heroes, racking up saves for his Korea Baseball Organization (KBO) club.

And yet, with his club in an intense battle for a postseason spot, Cho is determined to do whatever it takes as long as the Heroes win -- even if it means giving up on chances to pad his personal stats.

The former All-Star closer is now a setup man for the Heroes. His last save came on June 30. Since returning from the Tokyo Olympics in August, Cho has been the bridge between starters and the new closer Kim Tae-hoon. 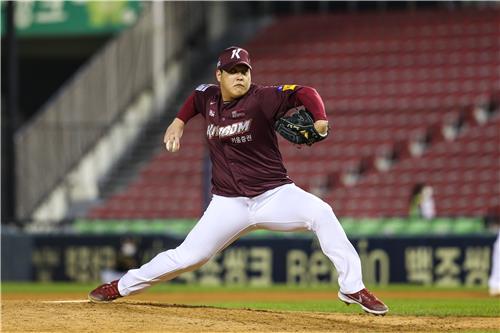 The Heroes weren't getting Cho enough save opportunities to keep him busy, and manager Hong Won-ki decided he would rather use Cho in high-stress situations before the ninth inning.

After all, when you're trying to protect a one-run lead in the eighth inning with the bases loaded, why save your best reliever for a save opportunity in the ninth that may not come?

"When the second half began (in early August), the manager said he wanted me to help out in earlier innings," Cho said Tuesday, after leading the Heroes to a 5-4 win over the LG Twins with 1 2/3 flawless innings. The victory created a three-way tie for the wild card spot among the Heroes, the SSG Landers and the NC Dinos, with 10 days left in the regular season.

"It's entirely up to the manager to make roster decisions," Cho added. "So I accepted the change and didn't say much."

In this era of analytics and advanced statistics, saves aren't valued nearly as much as in the past. A reliever who can take the ball in any situation to put out fires can be more valuable than a closer who records three outs against the bottom of the lineup to protect a three-run lead in the ninth.

On the other hand, closers are more glamorous, as they get to celebrate victories with the rest of the team on the mound. Setup men do the dirty work in relative anonymity. 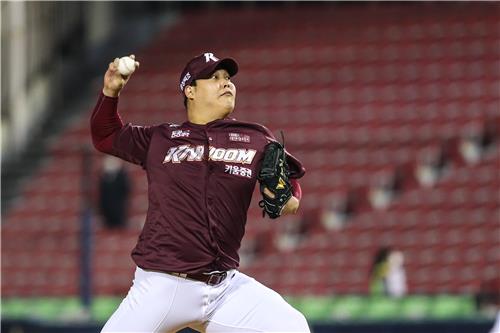 "I'd be lying if I said I didn't feel disappointed (with not getting saves)," Cho said. "But helping my team win and getting us into the postseason should take precedence. It doesn't really matter when I pitch."

Cho only made his debut in the new role on Sept 2, nearly a month after rejoining the Heroes following the Olympics. He'd appeared in six of South Korea's seven games in Japan and thrown a whopping 146 pitches, and the Heroes held him out of action for a couple of weeks before using him as the last pitcher on Aug. 27.

Cho then made eight relief appearances in September, recording four straight wins at one point, but he went on the injured list with elbow pains on Sept. 24.

Cho returned on Oct. 7, but his fastball velocity took a significant dip. He averaged just 143.5 kph in that outing, about 5 kph slower than his season average. A week later, Cho was roughed up for four runs in 2/3 of an inning and surrendered a home run on a 143 kph fastball. 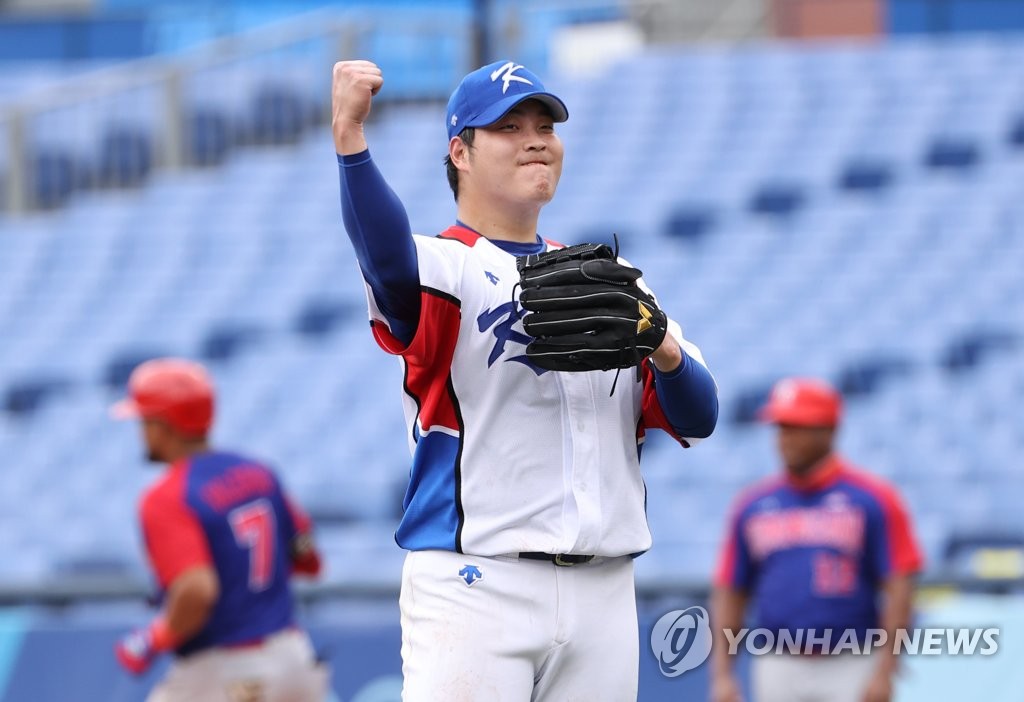 But on Tuesday, Cho found his groove. He got Chae Eun-seong, LG's cleanup hitter and the second batter he faced, to whiff on a 151 kph fastball. The pitch sat around the high 140s all night.

Cho denied his recent drop in fastball velocity was related to his earlier elbow issues.

"I have been in and out of action, and I lost my balance along the way," Cho said. "When I went on the injured list, I didn't touch the ball for about a week. That threw me out of whack a little bit, and it has taken me a while to get things fixed. But there's zero problem with my elbow."

"I haven't been looking at velocity (on the stadium scoreboard) for a long time," Cho said with a smile. "So I had no idea."