SEOUL, Oct. 20 (Yonhap) -- Ensuring peace is the reason for South Korea to build strong defense capabilities, President Moon Jae-in said Wednesday, as the country seeks to build a military based on cutting-edge science and technology amid North Korea's missile and nuclear development.

Moon made the remarks at the opening ceremony of a biennial defense exhibition that offers an in-depth look at state-of-the-art military hardware like stealth jets, advanced missile interceptors and hydrogen-powered drones, hours after the North said it successfully test-fired a submarine launched ballistic missile (SLBM).

"A strong defense capability is always aimed at ensuring peace," Moon said. "The Republic of Korea seeks to build a smart and strong armed forces based on state-of-the-art technology."

Based on comprehensive defense capabilities that no one dare challenge, South Korea will spare no efforts to ensure peace with the world, Moon said. 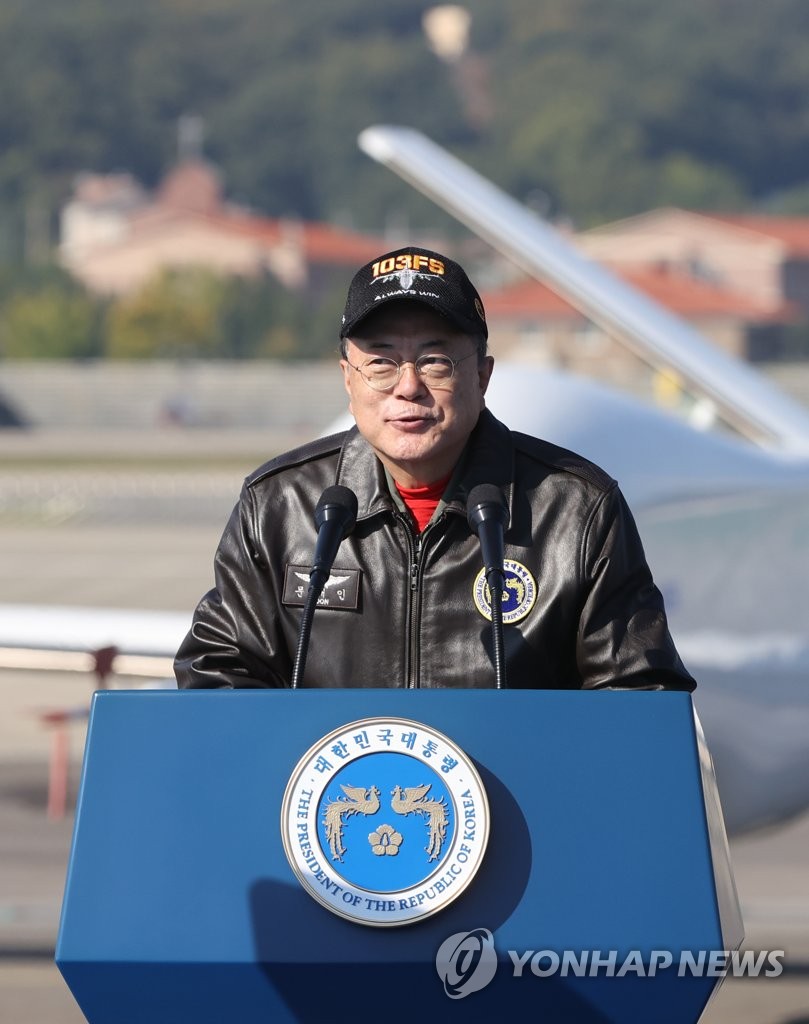 South Korea will also develop its defense industry as one of the nation's key growth engines for the world overflowing with peace and prosperity, Moon said.

Earlier in the day, North Korea confirmed that it conducted a test-firing of a new type of submarine-launched ballistic missile the previous day. Moon made no mention of the North's test-firing.

This week, South Korea is set to launch its homegrown space rocket. If successful, South Korea will become the world's 10th nation to send a satellite into space with its own technology.

The 200-ton Nuri, which is using liquid engines, is set to lift off Thursday by carrying a 1.5-ton mock payload at the Naro Space Center in Goheung, 473 kilometers south of Seoul.

South Korea plans to launch a homegrown solid-fuel space rocket in around 2024.

Compared with liquid-engine space vehicles, the solid-based ones are known to be quicker, simpler and more cost effective to launch.

By doing so, the defense sector could make significant contributions to the growth of private companies and create about 45,000 new jobs, Moon said.

South Korea submitted next year's total defense budget of 55.2 trillion won (US$46.8 billion) to the National Assembly, marking a 37 percent increase from 2017. 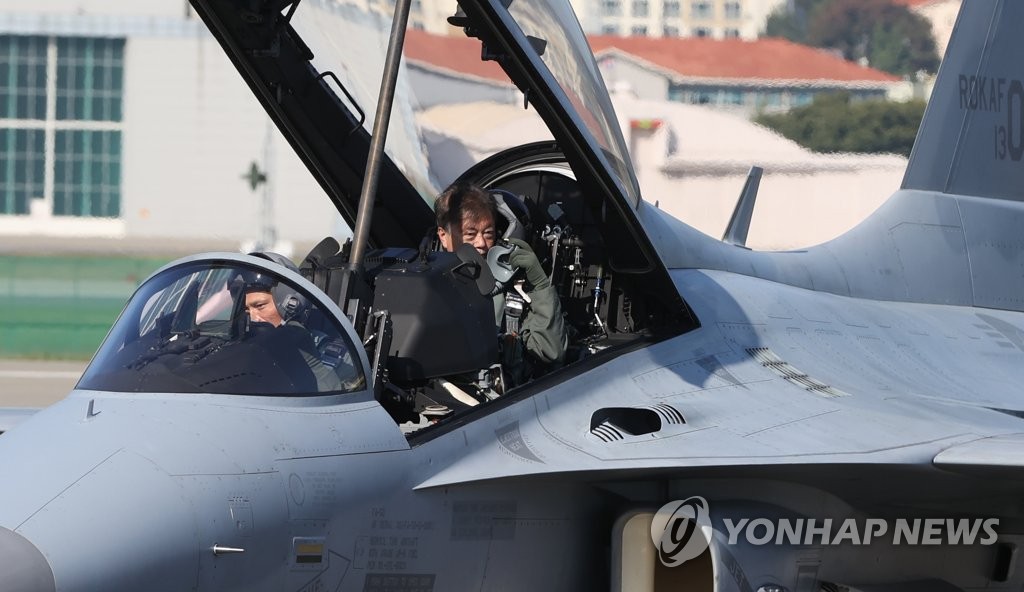 Moon flew in a fighter jet before attending the opening ceremony, making him the first South Korean president to do so.

"For the first time as a President of the Republic of Korea, today I flew our sky in a homegrown fighter jet," Moon told the meeting.

The FA-50 light attack aircraft carrying Moon flew over Seoul and Cheonan, about 90 kilometers south of Seoul, where a memorial hall for independence fighters is located.

The flight was aimed at saluting anti-Japanese Korean independence fighters and hoping for permanent peace and stability on the Korean Peninsula, Moon said.