Yoon, a former prosecutor general, said during a meeting with party officials in Busan that Chun did a good job in politics, though the general-turned former president did wrong by seizing power through a coup and bloodily quelling a 1980 pro-democracy uprising in the southern city of Gwangju.

"Many people still consider Chun as having done well in politics, except the military coup and the Gwangju Uprising," Yoon said, adding that some people in the southwestern region of Honam, which includes Gwangju, also think that way.

The remarks sparked strong criticism not only from the ruling Democratic Party, but also Yoon's own party.

Chun was a former Army general who seized power through a coup in 1979. His troops ruthlessly cracked down on the nine-day uprising in Gwangju in 1980, leaving more than 200 dead and 1,800 others wounded, according to conservative official data.

Chun, who served as president from 1980 to 1988, received a death sentence in 1996 for treason and bribery but was released in December 1997 on a presidential pardon. 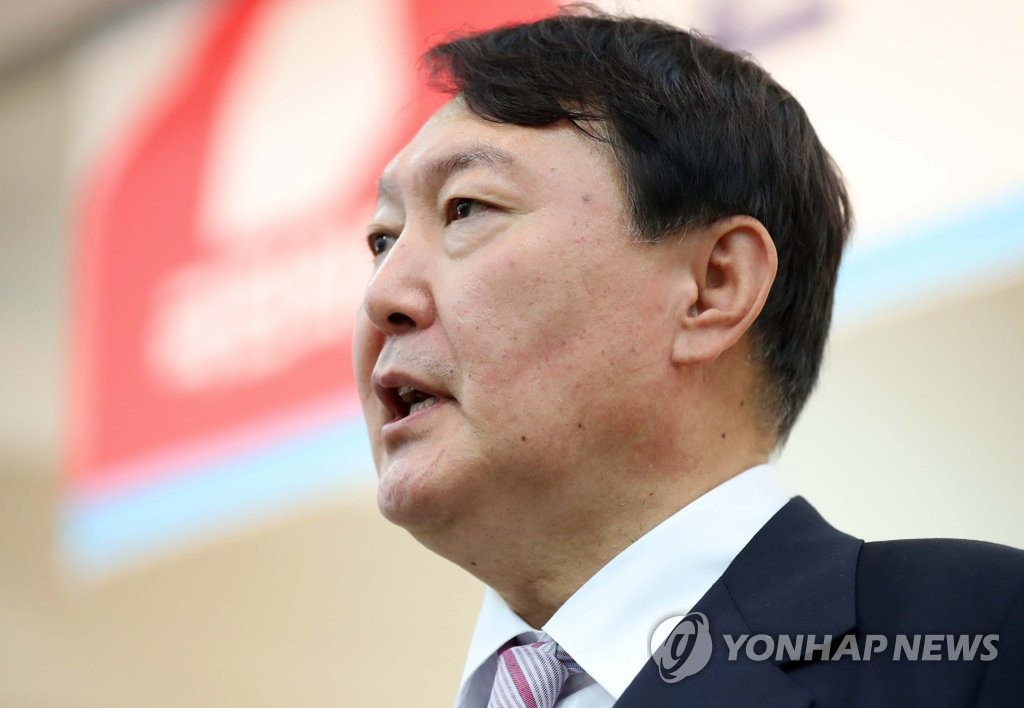 "People are tired of Yoon's poor perception of history and his repeated hopeless comments," said Rep. Lee So-yong, a spokeswoman for DP.

"It's a slip of the tongue at best, but honestly, they're absurd remarks that shows his perception of history and shallowness of his thoughts," said former Jeju Province Gov. Won Hee-ryong, who is also vying for PPP's presidential nomination.

Amid mounting criticism, Yoon took a step back Wednesday and tried to explain what he really meant in his comments on Chun.

"It's a historical fact that Chun's administration suppressed liberal democracy and had a dictatorship," he said. "What I really wanted to say yesterday was that I will place the right person in the right position in each field if I become the president of the country."

Officials from Yoon's camp said they will ask Yoon to deliver an apology in the city Gwangju.

This is not the first time that Yoon faced criticisms over his remarks and behaviors.

Earlier this month, he was in the hot seat for displaying the Chinese character for "king" on his palm, showing what his opponents described as an utter disregard for the democratic system and a reliance on superstition.