Finance Minister Hong Nam-ki said the government will unveil relevant actions, including a fuel tax cut, as early as next week.

"As the international oil prices are on the rise, driving up gasoline prices and putting upward pressure on consumer prices, we are considering such preemptive measures as a fuel tax cut," Hong told lawmakers during a parliamentary audit.

"At a time when oil prices have exceeded US$80 per barrel, relevant actions will be taken as early as next week."

Hong said that crude oil prices have risen to the highest level since October 2018 and the prices will not likely go down any time soon.

Prices of Dubai crude, South Korea's benchmark, reached a near three-year high of $82.28 a barrel last week, up from an average of $72.63 in September.

Nationwide average gasoline prices at the pump in South Korea stood at around 1,736.5 won ($1.48) per liter as of early Wednesday, according to the state-run Korea National Oil Corp.

In November 2018, the government temporarily cut fuel taxes, when gas prices advanced to as high as 1,690.3 won.

With regard to the issue of levying a tax on gains from cryptocurrency and other virtual assets, Hong reaffirmed that the government will plan to introduce the taxation next year.

"There is no problem in imposing a tax on virtual assets starting next year," Hong said in response to a question as to whether necessary infrastructure is in place.

The government earlier sought to impose a 20-percent tax on capital gains from cyber assets starting in October last year, but it was delayed in the process of parliamentary review.

The government currently seeks to introduce the tax from next year amid investors' calls for a further delay of the plan. 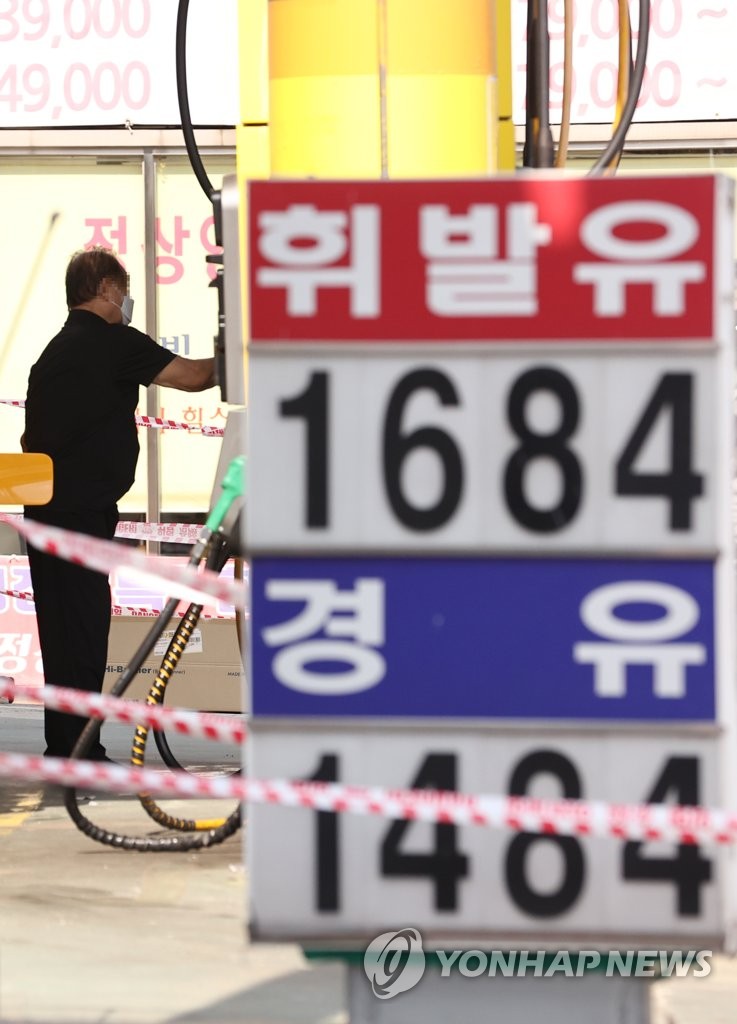