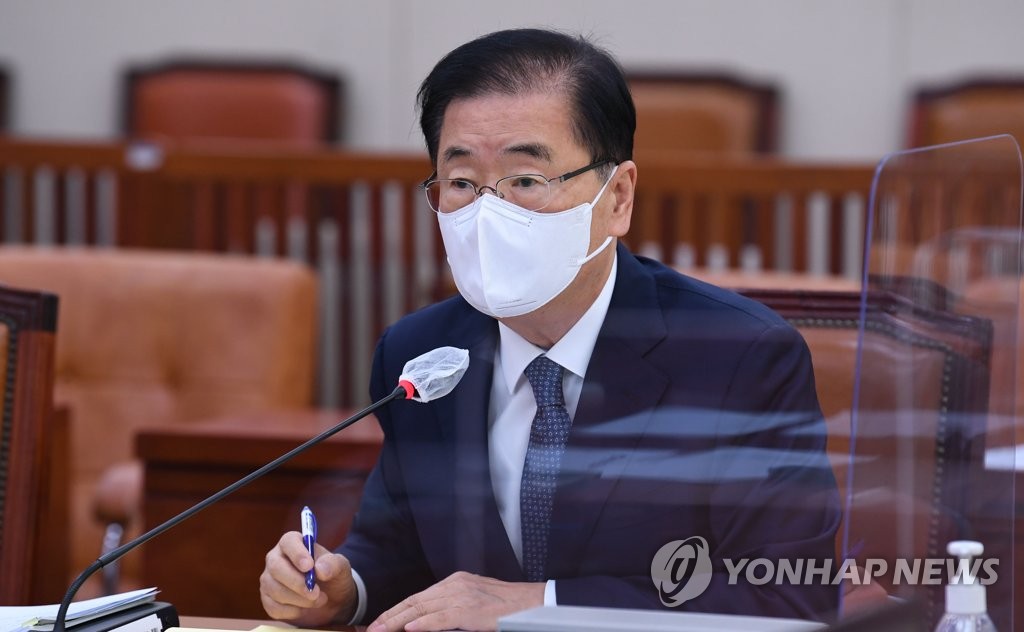 FM Chung says N. Korea sanctions relief can be an option if it accepts dialogue offer

FM Chung says N. Korea sanctions relief can be an option if it accepts dialogue offer