The Japanese firm lodged an immediate appeal against the Daejeon District Court's Sept. 27 order for the sale of its two copyrights and two patents to compensate two female plaintiffs related to the forced labor during Japan's 1910-45 colonization of the Korean Peninsula.

The immediate appeal, a procedure against a court decision that needs to be confirmed quickly, was filed with the Daejeon District Court's appellate division in the central South Korean city, about 160 kilometers south of Seoul, the officials said. 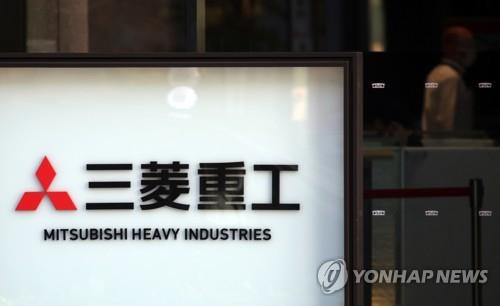 The district court's order was expected to raise enough cash to offer an estimated 209 million won (US$176,000) per victim, including interest and compensation for delayed payments.

In 2018, the Supreme Court ordered Mitsubishi to compensate the workers. But Mitsubishi refused to comply with the ruling, saying the reparation issue was fully and finally settled by a treaty signed between the two nations in 1965 to normalize ties.

The plaintiffs asked the Daejeon court to seize the company's assets in South Korea, and the court accepted their request in March 2019.

The Japanese firm appealed that decision. After an appellate court rejected its appeal in February this year, the firm brought the case to the Supreme Court, which dismissed its claim again in early September.