SEOUL, Oct. 21 (Yonhap) -- The following is a chronology of major events leading to the development of South Korea's homegrown space rocket Nuri, or Korea Space Launch Vehicle-II (KSLV-II), which was launched from the Naro Space Center in the country's southern coastal village of Goheung.

Nov. 18, 2002 -- South Korea launches the liquid-propellant science rocket of the KSR-III. It marked the first time that the country successfully built an independent liquid-fueled rocket, which laid the foundation for the development of small satellite launch vehicles.

2005 - South Korea and Russia complete work on critical designs for the KSLV-I. The original launch date was postponed until October 2007.

Aug. 19, 2009 - South Korea halts the countdown of the KSLV-I with less than eight minutes to go before blastoff after the automatic launch sequence system detects a problem in a high-pressure tank.

Aug. 25, 2009 - The KSLV-I is launched and successfully enters the orbit. But it failed to deploy a scientific satellite into the orbit. An independent panel later confirmed a fairing assembly malfunction caused the failure.

March 2010 -- South Korea kicks off the project to develop the KSLV-II space rocket.

Nov. 28, 2018 - South Korea successfully test-launches the KSLV-Test Launch Vehicle to verify the performance of the liquid engine to be used for the KSLV-II. 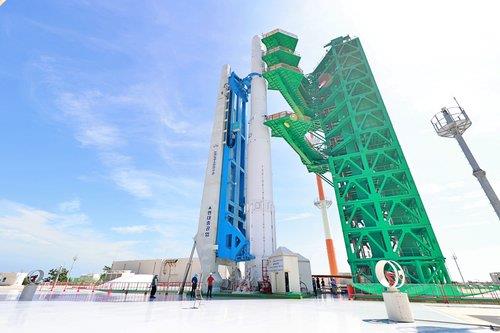