A 5,000 twenty-foot equivalent unit (TEU) container carrier will be deployed for the service to be launched on Dec. 7, HMM said.

It will take 84 days for the container carrier to make a round trip on the Busan-Montevideo route, the shipper said.

HMM said the launch of new South Korea-South America container shipping service aims to support the country's exporters, which have difficulty in shipping their containers overseas.

Most of the container shipping service linking South Korea and South America has stopped in recent months as a global shortage of container carriers caused global shippers not to stop at Busan, HMM said. 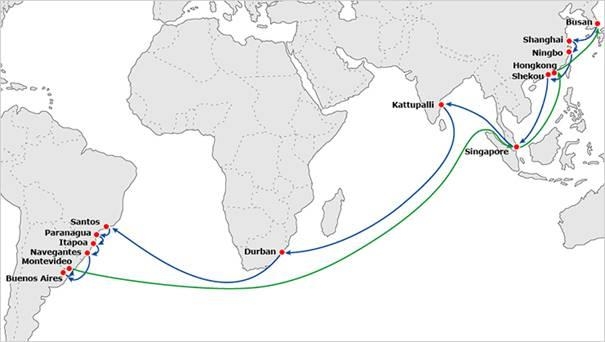