SEOUL, Oct. 20 (Yonhap) -- A history foundation released a new song about South Korea's easternmost islets of Dokdo on Wednesday in an effort to enhance the world's understanding of the islets as part of Korean territory.

The Northeast Asian History Foundation unveiled the song titled "Island" via its social media accounts and major domestic music services at noon along with the song's music video.

The R&B pop number was written and composed by three artists -- DINT, T-lack and Hertz -- and sung by Lee So-jung, a former member of K-pop girl group Ladies' Code.

They participated in the music project in the form of talent donation along with several other artists, according to the foundation. 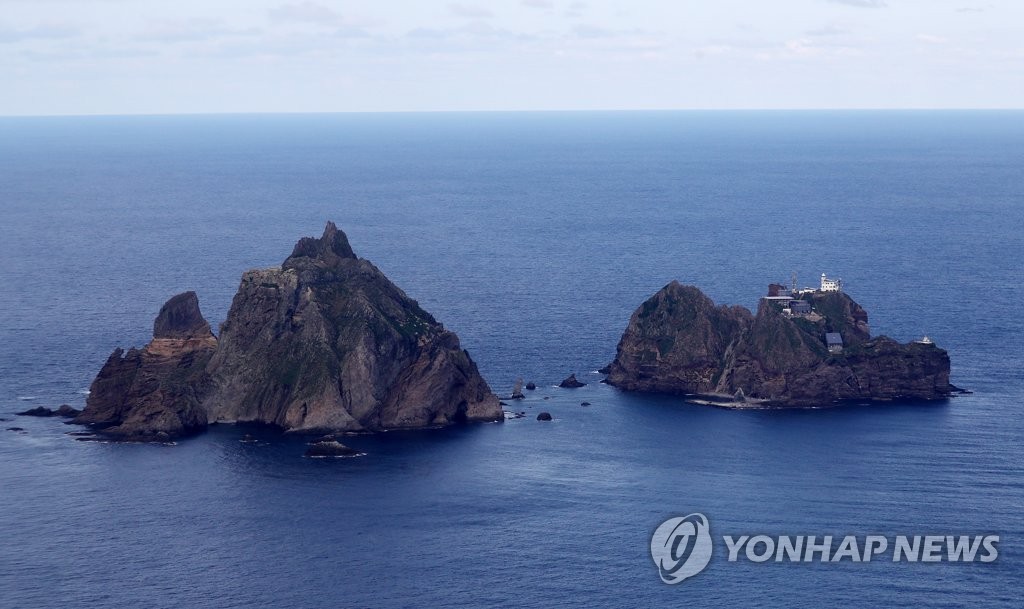 Compared to the majority of videos previously created to promote Dokdo and educational materials, the new song and its music video are cheerful and can easily be understood by anyone, the foundation said.

"The husky voice of Lee So-jung and sophisticated skills of 'gayageum' player Jung Mina makes people feel Korean sentiment," it said in a release. "The song has lyrics about the beauty of the South Korean islets of Dokdo, which feels too far away as we lead our busy everyday lives."

During a press conference to promote the song's release, Park Chan-gwon, director of the music project, said, "The Northeast Asian History Foundation proposed that I make a video with an upbeat and trendy mood, without a political element."

He expressed hope the video can help young people in South Korea and foreigners in and out of the country recognize Dokdo as part of South Korean territory.

South Korea has maintained a small Coast Guard unit on Dokdo since 1954 in a show of its effective control of the East Sea islets, but Japan has claimed sovereignty over the territory, which is rich in fish and hydrate gas.