TOKYO, Oct. 20 (Yonhap) -- A new memorial stone will be dedicated in Nagasaki, Japan, next month to thousands of Korean victims of a U.S. atomic bombing of the city in 1945, its promoters said Wednesday.

The monument will be unveiled on Nov. 6 in a ceremony in Nagasaki Peace Park, which commemorates the Aug. 9, 1945, nuclear explosion, according to the South Korean Consulate-General in Fukuoka and a group of ethnic Koreans steering the project.

Many of the Koreans were brought to the industrial cities as forced laborers during Japan's colonial rule of the Korean Peninsula from 1910-45, historians say. 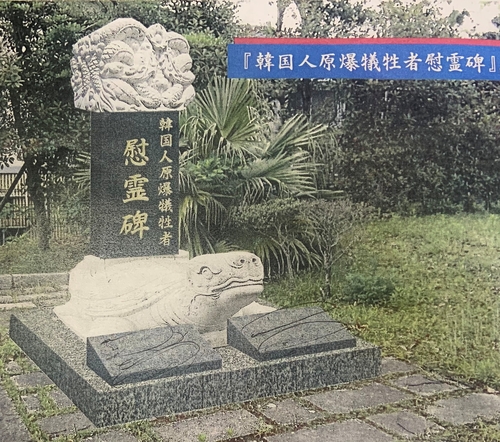 The new monument is the result of eight years of efforts by the ethnic Korean community in the southwestern city and the South Korean government.

The first memorial stone to honor the forgotten Korean victims was erected in Hiroshima Peace Memorial Park in 1970 by the Korean Residents Union in Japan.

A similar memorial stone was set up in the Nagasaki park in 1979 by pro-Pyongyang Korean residents.

The local chapter of the pro-Seoul residents' organization in Nagasaki formed a steering committee for the project in 2013 and submitted a proposal to the city government the following year.

But the authorities did not approve it, taking issue with its design, size and inscription that described the Koreans as victims of forced labor.

Right-wing Japanese activists conducted a signature campaign against the plan. The project further stalled in 2015 amid a feud between the two countries over Japan's bid to have its past industrial centers inscribed on the UNESCO cultural heritage list.

After relentless efforts by the local community and the South Korean mission, the municipal government has recently given a green light. 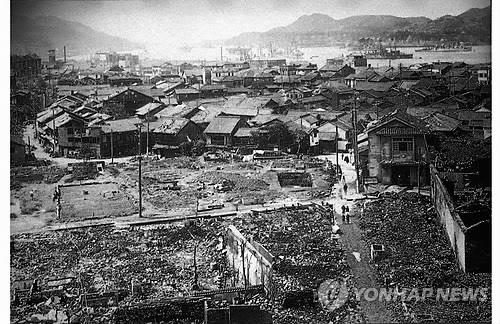 The two sides reached an agreement last month about the monument's epigraph which will be written in Korean, Japanese and English.

The Korean and Japanese versions will describe the victims as people who were mobilized as laborers and troops "against their will," while the English inscription will refer to them as people "forced to work."

"With the erection of the memorial stone, which has been a long-cherished wish of Korean residents in Japan and the Korean government, Korean visitors to Nagasaki as well as residents in Japan will be allowed to freely pay tributes to the Korean atomic bomb victims," the consulate-general said.

"It marks a valuable symbol that will help convey the history of war and atomic bombing to future generations."

Japan refused to either apologize or compensate the Korean victims of atomic bombing and forced labor, claiming all such claims were settled under a 1965 agreement, which accompanied the treaty restoring diplomatic ties between the two countries.