After the teams were deadlocked at 1-1 following 120 minutes of action, all five Pohang kickers scored in the nervy shootout in the semifinals of the Asian Football Confederation (AFC) Champions League at Jeonju World Cup Stadium in Jeonju, 240 kilometers south of Seoul. Dave Bulthuis missed his shot as the opening kicker for Ulsan, and the defending AFC champions never recovered. 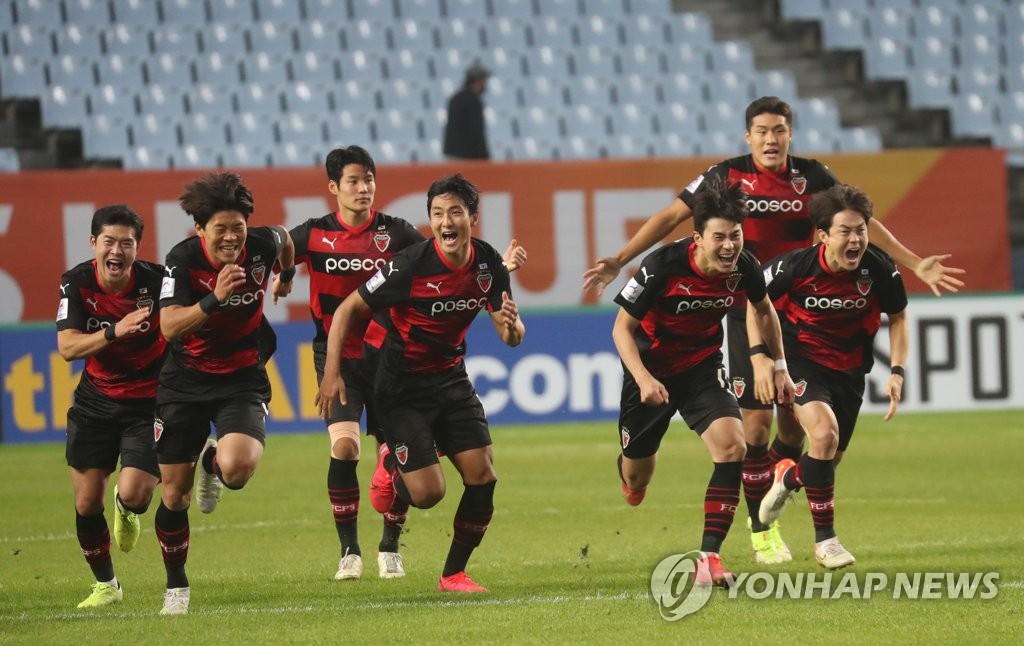 In pursuit of their fourth AFC crown, Pohang will face Al-Hilal of Saudi Arabia, the 2019 champions, in the final on Nov. 23 in Riyadh.

In order to minimize travel during the COVID-19 pandemic and reduce risks of infection, the AFC has cut all knockout matches, including the final, to one-and-done affairs, instead of two-legged series.

Pohang also foiled Ulsan's bid for a treble, or winning three major trophies in one season. They're currently leading the K League 1 and have also reached the semifinals in the Korean FA Cup. 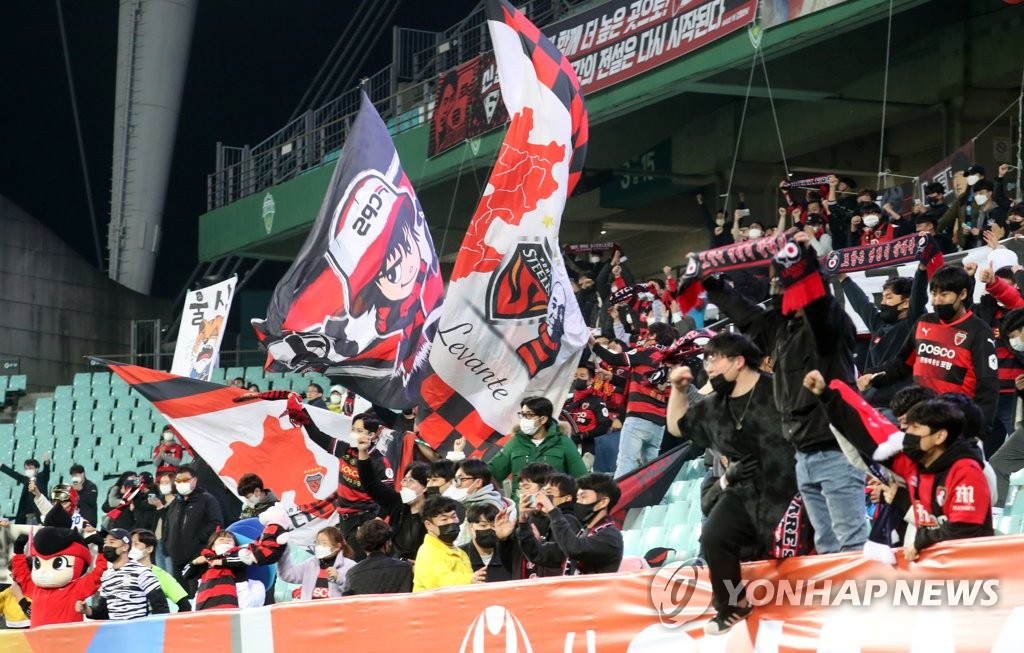 Pohang head coach Kim Gi-dong won the 2009 AFC crown as a player for the same club. He said returning to the final as the bench boss is a far more emotional experience.

"Ever since I was a player, I've always been realistic about goals. As we played through the group stage, I felt we'd be lucky just to reach the round of 16," Kim said. "I am obviously happy to be going to the final, but there will be a lot of pressure on us. We'll be representing Korean football there. We'll try to bring home the trophy."

Pohang and Al-Hilal are tied for most Asian club titles with three apiece.

Pohang and Ulsan were scoreless in the first half, with Pohang enjoying an edge in ball possession and shot attempts. 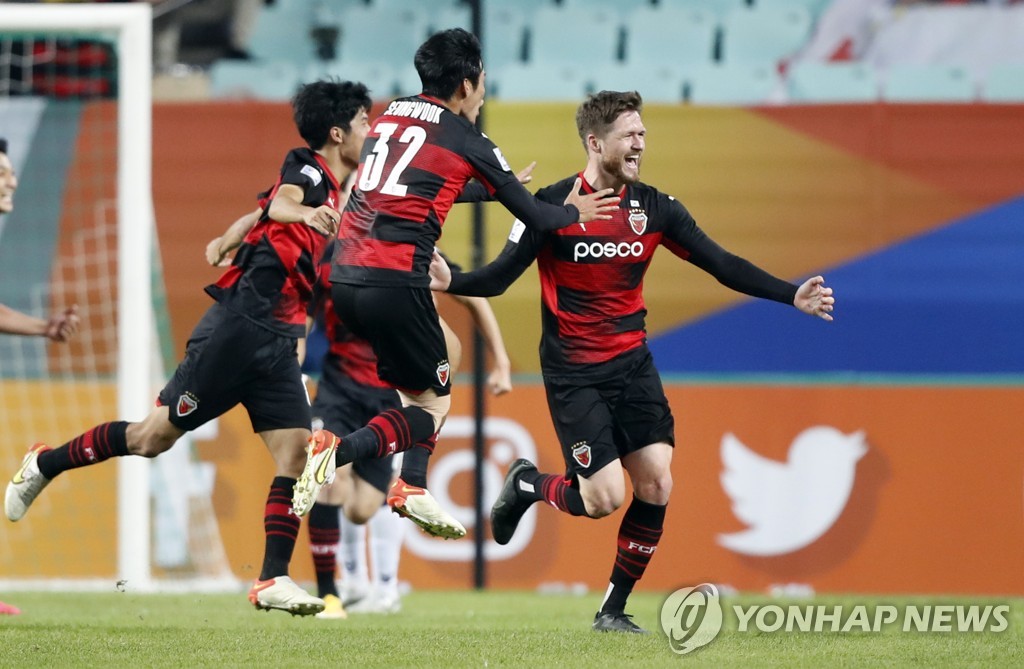 One of those attempts hit the left goal post in the sixth minute, with Lee Seung-mo hitting the woodwork with his header set up by Lim Sang-hyub with a cross.

Pohang continued to outplay Ulsan early in the second half, but it was Ulsan that got on the board in the 52nd minute.

Yoon Bitgaram got deep into the box on the left side and sent a cross toward the middle. Goalkeeper Lee Jun made a diving stop but failed to hold on to the ball. Yun Il-lok stood right on top of the prone goalkeeper and poked the loose ball home for a 1-0 lead. 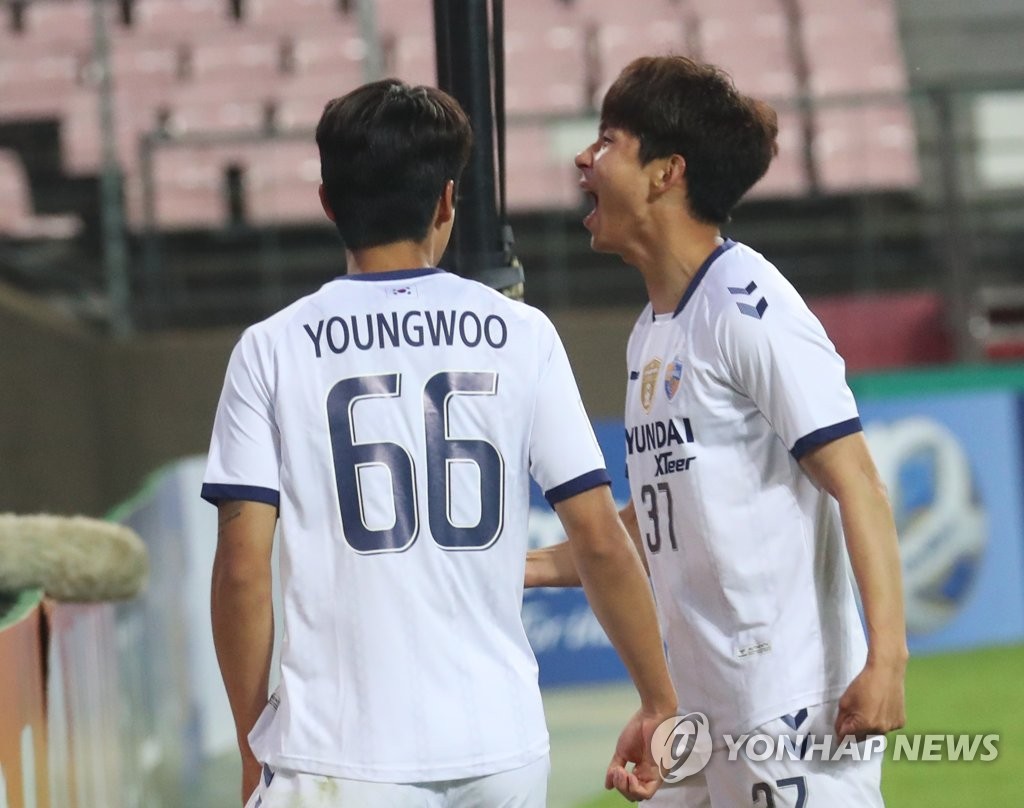 Yoon Bitgaram almost doubled Ulsan's lead just past the hour mark. Lee Dong-gyeong teed one up for the veteran midfielder, but Yoon's curling shot rang off the right post.

In the 62nd minute, Yun Il-lok had a one-on-one breakaway on Lee Jun, but the goalkeeper got the better of Yun this time. 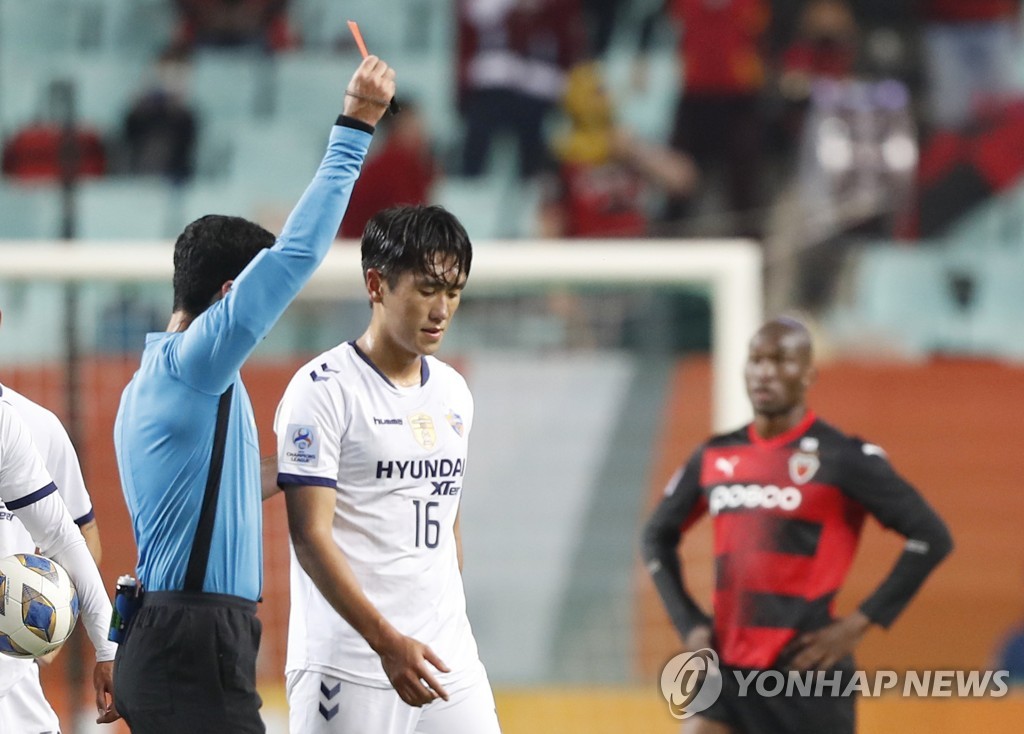 At the other end in the very next minute, Ulsan goalkeeper Jo Hyeon-woo made his presence felt with an outstanding stop on Lim Sang-hyub's header from close range.

The match took an unexpected turn in the 68th minute, when Ulsan midfielder Won Du-jae was sent off for a hard tackle on Lim.

Pohang began to dominate the ball against the undermanned opponents. In the 75th, Alexander Grant nearly headed in a cross by Mario Kvesic, only to see the ball sail just over the target. 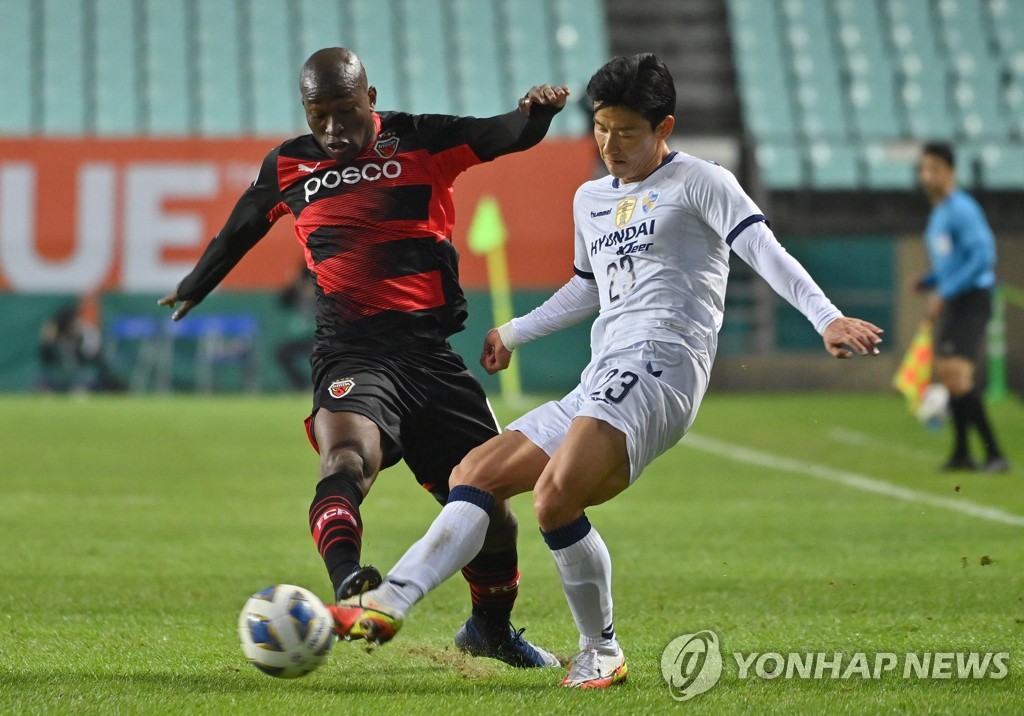 Ulsan came within minutes of accomplishing just that, but Grant had other ideas, heading home the equalizer in the 90th minute following Kvesic's free kick. The ball floated over Jo's head and went in off the right goal post.

There were few serious chances at either end in extra time, setting up the shootout.

With Ulsan shooting first, Bulthuis airmailed his kick well over the net. Jo got a piece of the ball on Lim's opening kick for Pohang, but it still found the back of the net. Jo never again came close to stopping the following four kickers, and Kang closed out the match with his decisive shot. 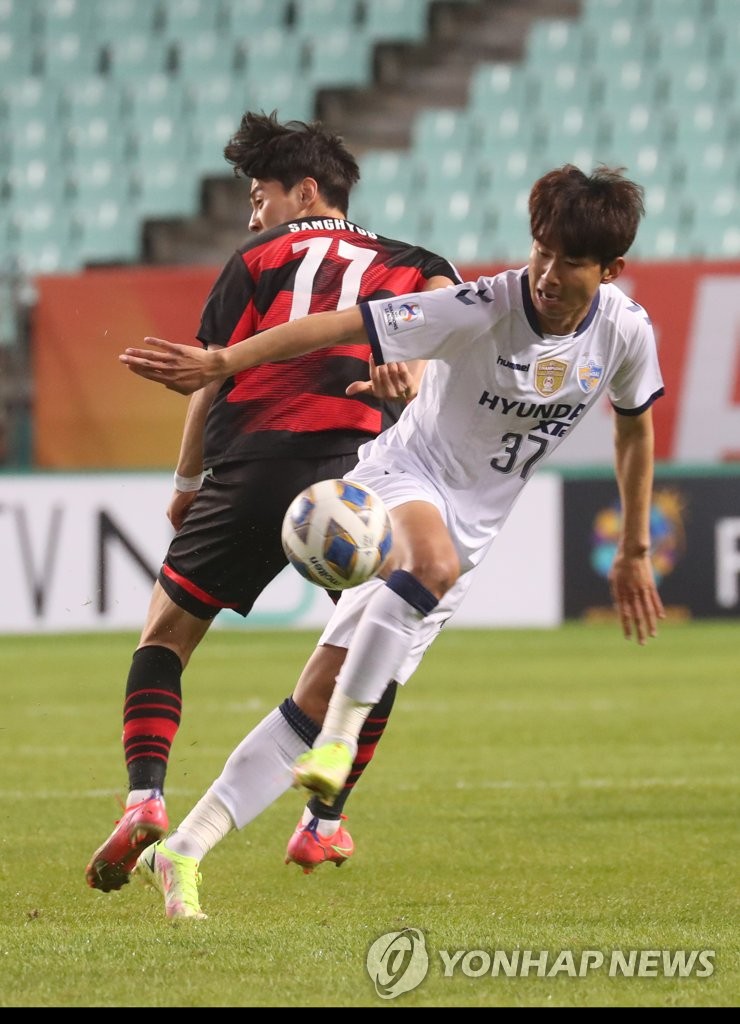 Hong, the losing coach, said he will try to pick up the pieces as quickly as possible, with the next K League match coming up Sunday.

"We'll certainly have some lingering effects from this loss, but our players did their very best in difficult circumstances," Hong said. "I never thought much about a treble. Now that this tournament is over, we'll try to win the K League and the FA Cup." 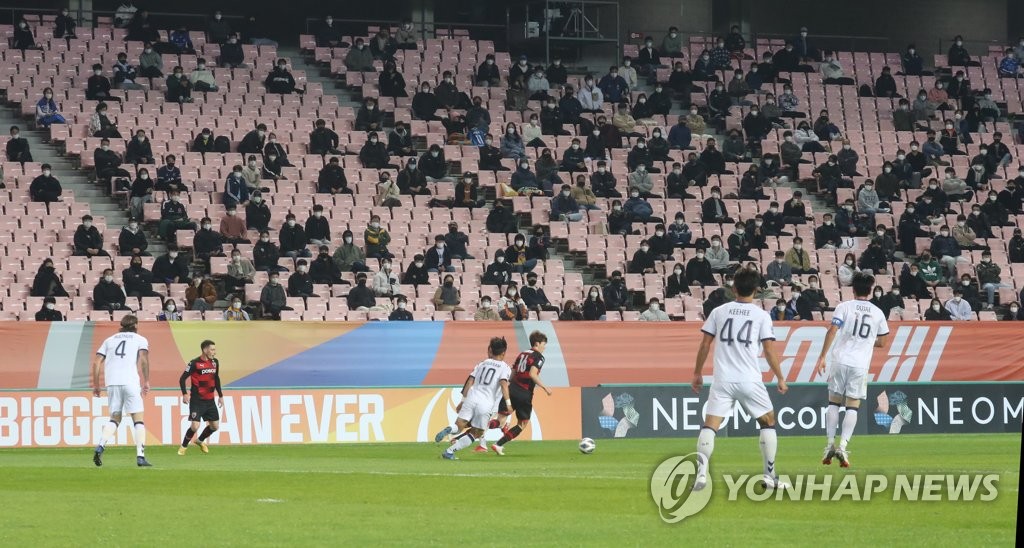