SEOUL, Oct. 21 (Yonhap) -- Naver Corp. said Thursday its net profit jumped 37.1 percent in the third quarter from a year earlier largely due to a stellar performance of its content businesses amid the new coronavirus pandemic.

Operating income reached a quarterly high of 349.8 billion won during the cited period, marking an increase of 19.9 percent from the year before.

Sales also stood at a record high of 1.72 trillion won, representing a 26.9 percent increase from a year earlier, Naver said. 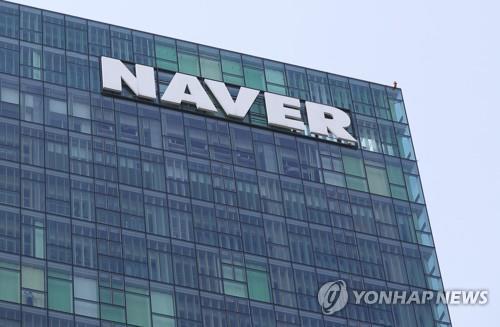 Content sales skyrocketed 60.2 on-year to 184.1 billion won due to robust demand for its webtoons and an increase in global users, it said.

Revenue from its commerce business jumped 33.2 percent on-year in the third quarter on the back of increased online shopping as more people refrained from going outside amid the COVID-19 pandemic.

Naver said revenue from its platform business, including its messenger Line, increased 16.2 percent on-year to 824.9 billion won over the cited period.