The KSLV-II -- also known as Nuri -- blasted off from the Naro Space Center in the country's southern coastal village of Goheung at 5 p.m., one hour behind schedule, according to the Ministry of Science and ICT.

Yong Hong-taek, the first vice minister at the Ministry of Science and ICT, told a press briefing that engineers spent "additional time checking valves inside the launch vehicle." 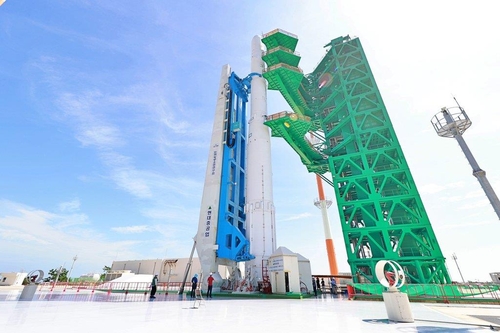 The launch came amid tensions over North Korea's test-firing of a new submarine launched ballistic missile (SLBM) on Tuesday, the latest in a series of missile launches by the North.

Officials at KARI said Nuri's success or failure can be determined in around 30 minutes after liftoff.

The success rate for newly developed rockets at first attempt is 30 percent to date, they added. South Korea's rocket launches ended in failures in 2009 and 2010.

In 2013, South Korea successfully launched its first-ever Naro space rocket but its first stage was built in Russia. 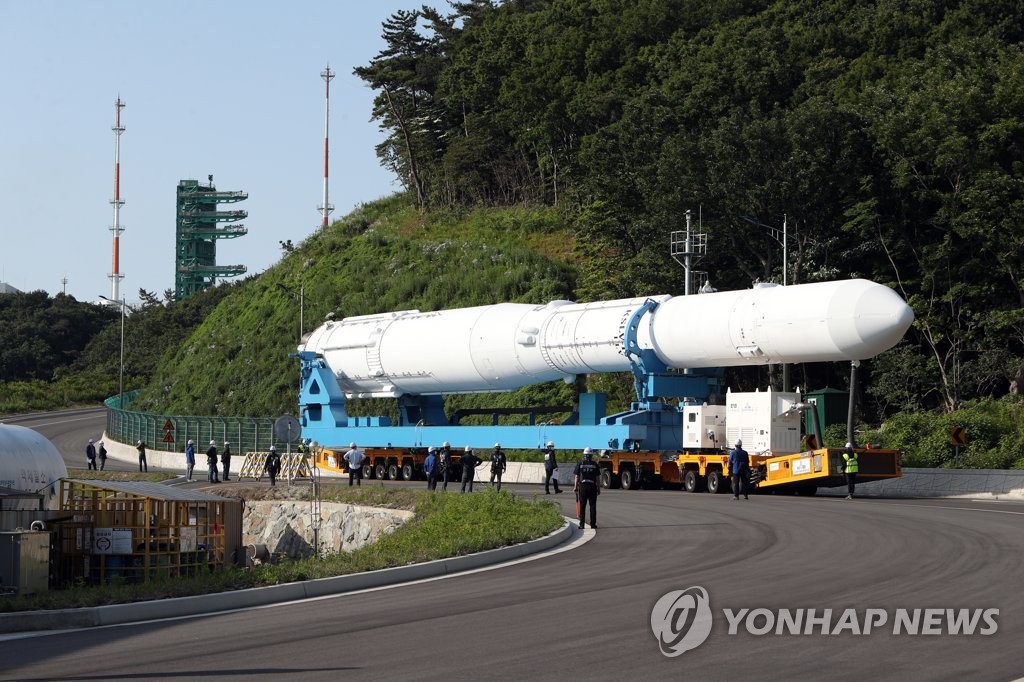