The meeting came two months after the two nations signed a set of memorandums of understanding in various industry fields, such as automobiles, natural resources and healthcare, during Kazakhstan President Kassym-Jomart Tokayev's visit to South Korea.

During the talks, Moon "expressed gratitude for the central Asian country's establishment of a new team solely in charge of cooperation projects with South Korea, and vowed to further extend support to find and push for more promising joint projects," the Ministry of Trade, Industry and Energy said in a release.

The two sides will continue discussions through the bilateral dialogue channel of the economic joint committee, it added.

Sklyar is in Seoul for a two-day visit that began on Wednesday, according to the ministry. 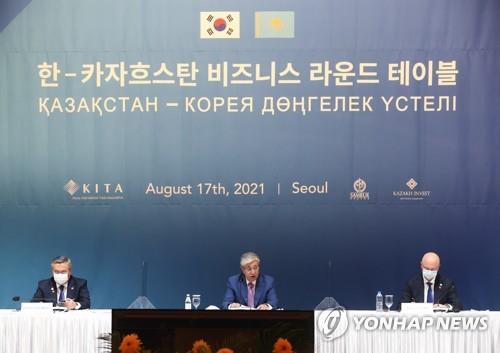