The plan was revealed during a partnership announcement event between LG Group and the Prime Minister's Office on the government's youth job and education support program titled Youth Hope ON held at LG Science Park, the conglomerate's research complex, in Seoul.

The event was attended by Prime Minister Kim Boo-kyum, LG Group Chairman Koo Kwang-mo and other senior officials from the government and the group. 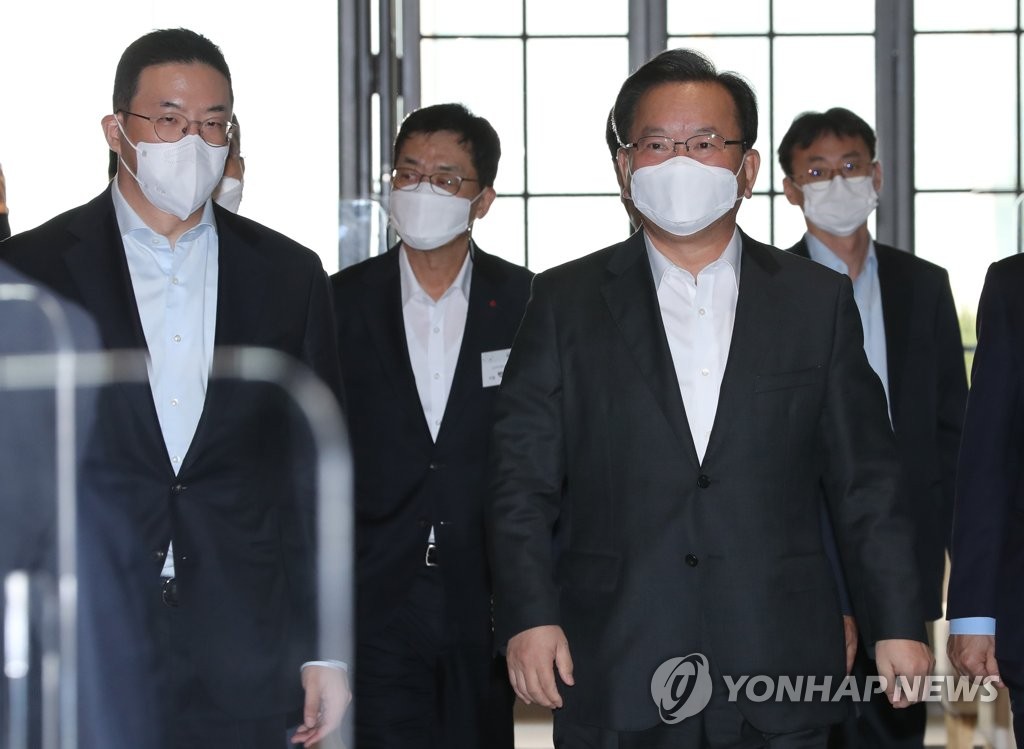 "We started this project with a sense of urgency to relieve young people's concerns," Kim said at the event. "We feel grateful that LG responded with a big plan."

Under the plan, LG, which has companies like LG Electronics Inc. and LG Chem Ltd. under its wing, will also invest 150 billion won (US$127 million) into the startup sector over the next three years and will bolster its industry-academia cooperation and environmental, social and corporate governance (ESG) programs to help young jobseekers.

"As a businessman, I think the most important role of a corporation is job creation," LG chief Koo said at the event. "We will try to build an ecosystem where not only companies, but also small businesses, startups and academia, grow up together."

LG is the third conglomerate to join the Youth Hope ON project after KT and Samsung.

With the latest partnership, the three conglomerates are committed to creating a total of 81,000 new youth jobs over the next three years, the Prime Minister's Office said. 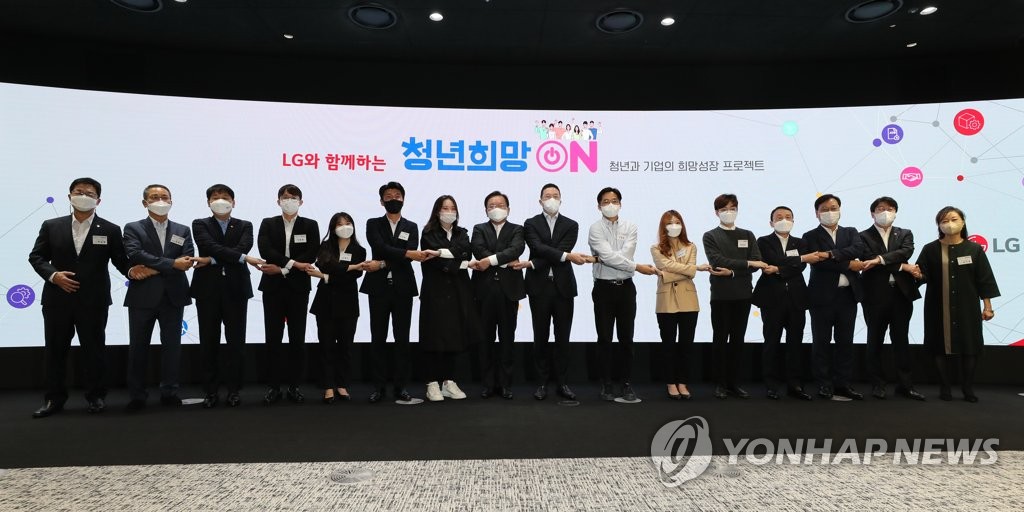