SEOUL, Oct. 21 (Yonhap) -- South Korea has published a pictorial book of the maritime ecosystem on and around Dokdo in the latest campaign to boost public awareness about the country's easternmost islets both at home and abroad, the oceans ministry said Thursday.

The book, titled "Dokdo, Under Its Sea," has pictures and drawings of around 130 kinds of marine plants and animals, as well as overall information on topographical features and ocean currents in the region in the East Sea, according to the Ministry of Oceans and Fisheries.

The book, published by the ministry, is based on the annual comprehensive research on the national maritime ecosystem that the ministry has carried out since 2015.

The book is written both in Korean and English, and will also be available on the portal website run by the ministry (www.meis.go.kr).

"The book is expected to serve as a useful tool for enhancing the people's understanding on the ecosystem of Dokdo and to raise awareness about its preservation," the ministry said in a release.

"It is also expected to help the international community better understand the islets, which are our inherent territory," it added.

Still, Japan claims sovereignty to the rocky outcroppings in the East Sea that divides the Korean Peninsula and Japan.

Dokdo has long been a thorn in relations between the two countries. 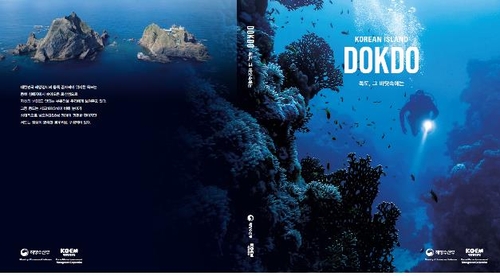