SEOUL, Oct. 21 (Yonhap) -- The government is committed to expanding support for police to beef up public safety, Prime Minister Kim Boo-kyum said Thursday, as it vowed to increase the law enforcement agency's workforce and budget.

Kim expressed his respect and gratitude to some 150,000 police officers in the country for their services at the 76th Police Day ceremony at the Korean Police Investigation Academy in Asan, 90 kilometers south of Seoul.

He called on police to win people's trust with responsible and scientific investigations, saying police have become a more independent investigative body. He was referring to the enhanced investigative power given to police as part of reform of the prosecution.

Kim said the government will increase the budget for public safety research and development (R&D) programs in phases, while helping to establish a new organization dedicated to managing those programs.

The prime minister added that the government will continue to push ahead with plans to increase the number of police officers. The Moon Jae-in administration has recruited more than 15,000 police officers as of last year and plans to hire 2,000 more this year.

The government will also look into expansion of police immunity and welfare programs, Kim said.

"We will persuade the National Assembly and do our best to alleviate the heavy workload of police officers in duty," he said.

While promising to improve working conditions for the police, the prime minister asked officers to actively respond to crimes related to children and stalking. He also emphasized the cooperation with the prosecution and the Corruption Investigation Office for High-ranking Officials (CIO) in the enforcement of laws. 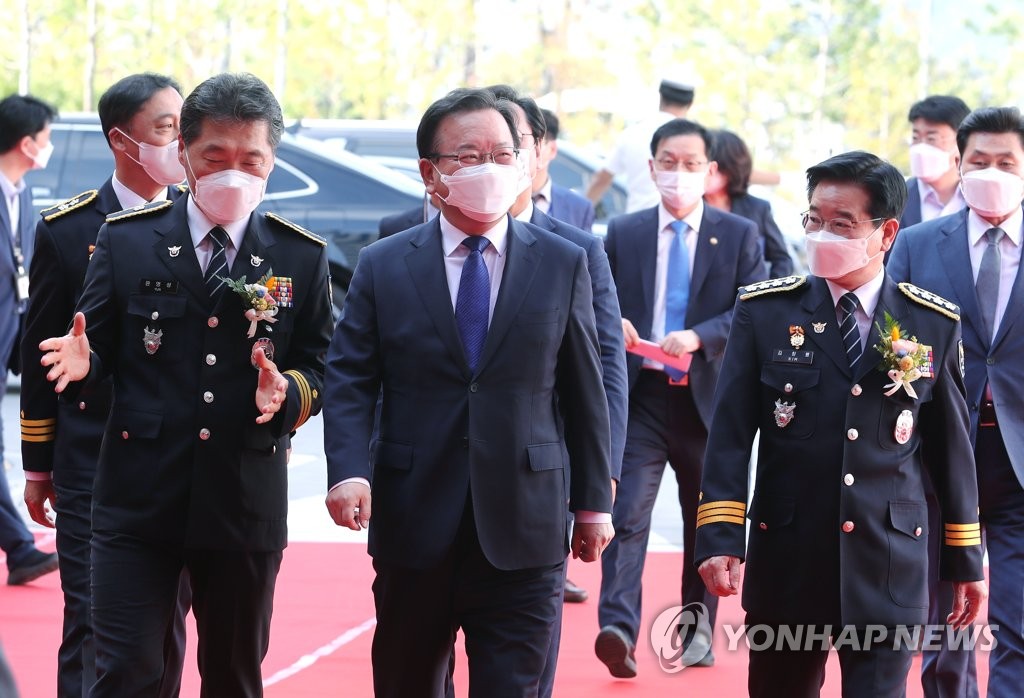