SEOUL, Oct. 21 (Yonhap) -- A man who was sentenced by a district court to four years in prison for stealing a painting by South Korean abstract master Kim Whan-ki has been given a heavier sentence by an appellate court after he was found to have stolen other paintings, judicial officials said Thursday.

The Seoul High Court handed out a six-year prison sentence to the man surnamed Kim, who was indicted for stealing the late painter Kim's painting titled "10-Ⅴ-73 #314," also known as "Sanulrim" (Echo among the hills), from its owner, identified only as a university professor, in October 2018. 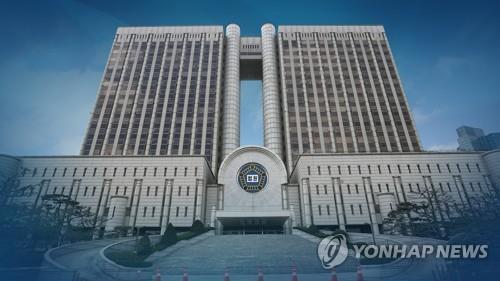 Kim, 64 years old, was also accused of selling the painting for 3.95 billion won (US$3.36 million). He committed the crimes after the professor was admitted to a hospital for cancer treatment. The professor died in December of the same year.

The appellate court has increased Kim's sentence by two years after he was found to have stolen seven other paintings from the professor in collusion with his secretary and housekeeper, the officials said, adding the appraised value of the eight stolen paintings is 10.92 billion won.

All the paintings, excluding "10-Ⅴ-73 #314," have been returned to the victim's bereaved family, they added.

The court also ordered Kim to return a 9 million-won check and 4.15 million won in cash to the victim's family that he got from selling the paintings.

"The amount of damage was large, and the damage has yet to be restored. Moreover, the motive of the defendant's crimes is not good as he spent money from the sale of the stolen paintings to buy real estate properties even after his thefts were discovered," the court said.

The late professor's secretary and housekeeper have received prison terms of two years and 1 1/2 years, respectively, from both district and appellate courts, and gave up appealing to the top court.

The late painter Kim is one of the most famous Korean artists, with another of his signature works, "Universe," fetching 13.2 billion won at a Christie's auction in Hong Kong in November 2019.