Yoon said Tuesday that many people think Chun conducted state affairs well, except for his bloody suppression of a 1980 pro-democracy uprising in the southwestern city of Gwangju and his seizing power through a coup. 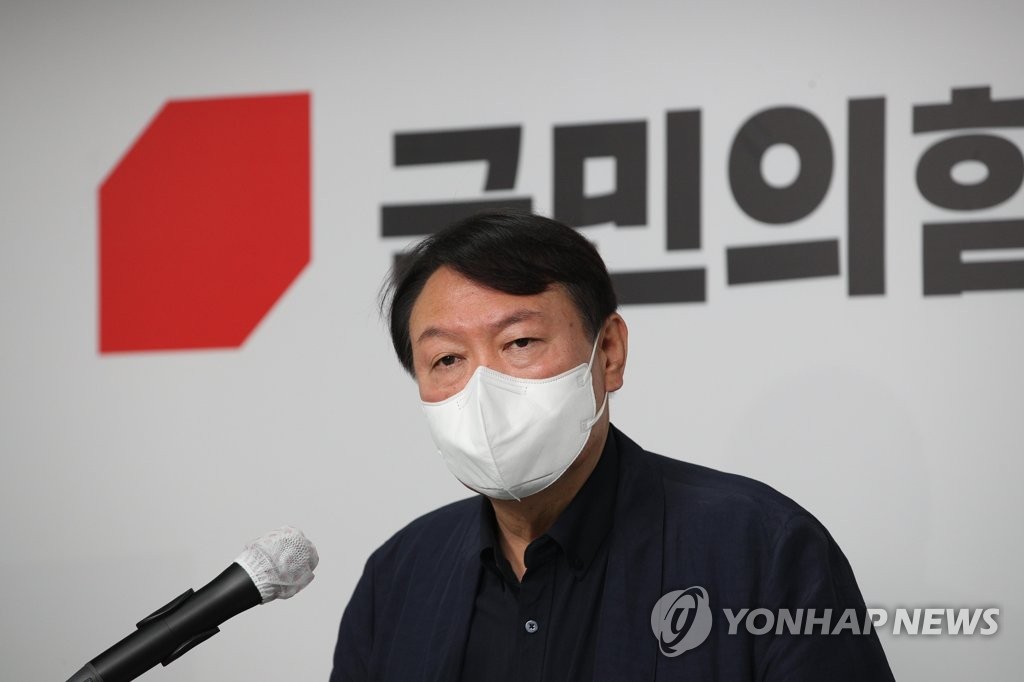 "I humbly acknowledge (people's) valuable criticism," Yoon wrote on Facebook. "More than anyone, I am sorry to those who suffered under the Chun Doo-hwan administration."

The apology came only hours after he expressed "regret" at an event at the PPP headquarters and sought to explain that he did not mean to defend or praise Chun but only referred to him to underscore his resolve to take the advice of experts and delegate authority to them if he becomes president.

"Still, it was wrong of me to refer to a dictator's rule," Yoon said in the Facebook post. "It was also unwise of me to deflect responsibility with claims that the true meaning of my words was distorted ... I will bear deep in my mind that a president is in a position of infinite responsibility."

Earlier, Yoon claimed at the PPP headquarters that he has long called for stipulating the spirit of the Gwangju uprising in the Constitution and that he plans to visit the city as soon as the PPP's presidential primary TV debates are over.

"I will continue from a humble position to uphold the people's will further and achieve a change of government in line with the people's wishes," he said.

Chun is a former Army general who seized power through a coup in 1979. His troops ruthlessly cracked down on the nine-day uprising in Gwangju in 1980, leaving more than 200 dead and 1,800 others wounded, according to conservative official data.

Chun, who served as the president from 1980 to 1988, received a death sentence in 1996 for treason and bribery but was released in December 1997 on a presidential pardon.

PPP officials voiced concern after Yoon's initial expression of contrition that it might not be enough to soothe angry voters in Honam, a stronghold of the liberal ruling Democratic Party (DP). The PPP has traditionally been aligned with conservative voters.

"I ask those involved in politics as members of our party to think very carefully especially before they speak about Honam," he said to reporters.

"It makes me wonder if he is Chun Doo-hwan's spokesman," Rep. Yun Ho-jung, the DP floor leader, said during a party meeting. "I renew my determination and resolve against entrusting the country again to the descendants of dictatorships."

Yoon has come under fire before for his careless remarks and actions.

Earlier this month, the former prosecutor general displayed the Chinese character for "king" on his palm, showing what his opponents described as an utter disregard for the democratic system and a reliance on superstition.