SEOUL, Oct. 21 (Yonhap) -- Hanwha Systems Co., the defense and ICT unit of Hanwha Group, said Thursday it has signed partnership deals with two Israeli defense companies to push for its export of an advanced radar system and cooperation in aviation technologies.

Hanwha Systems said it clinched the agreements with Israel's Elta Systems Ltd. and Elbit Systems Ltd. on the sidelines of a defense exhibition under way near Seoul this week.

Under the deal with Elta, a subsidiary of the Israel Aerospace Industries that specializes in defense electronics products, Hanwha will push for the export of its active electronically scanned array (AESA) radar system for civilian use.

AESA radar system, dubbed "the eyes of the aircraft," is under development by Hanwha with a state-run defense research institute, designed to detect and track multiple targets with more advanced and efficient components. Elta has the technology used in AESA radars to process its signals.

With Elbit, Hanwha will explore paths for partnership in urban air mobility (UAM) and other aviation electronic technologies to create synergy between the two companies, the South Korean company said.

Elbit is known as a leading developer of various avionics equipment, including head mounted display (HMD) designed to project information to the pilot with enhanced situational awareness and 360-degree images of the scene.

Hanwha Systems has been ramping up its push for advancement in military communication technology, expansion into space technology, like satellite communication, as well as the urban mobility and digital platform sectors. 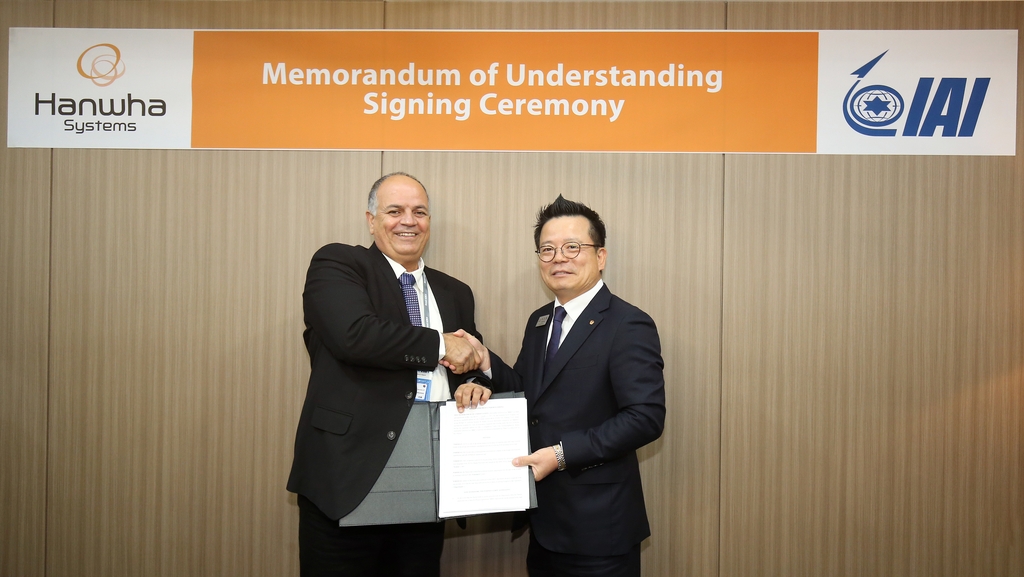