SEOUL, Oct. 21 (Yonhap) -- Finance Minister Hong Nam-ki said Thursday that the government will come up with measures to prevent and redeem what are deemed to be "unusually excessive" gains from land development projects in the wake of the escalating scandal over a corruption-laden urban development project near Seoul.

A prosecution probe is under way into how a little-known asset management firm, Hwacheon Daeyu, and its seven affiliates reaped profits worth 1,000 times its investment in an apartment development project in the city of Seongnam in 2015.

The case has come under intense media coverage as Gyeonggi Province Gov. Lee Jae-myung, who is now the ruling Democratic Party's presidential nominee, was the city's mayor at that time, and Yoo Dong-gyu, one of his close aides, was arrested earlier this month on alleged bribe-taking and breach of trust.

"It is necessary to prevent and curb excessive profits or unearned income regarding land development or housing construction projects," Hong said during a parliamentary audit session.

"We will have close consultations with ministries concerned to revise related policies and to devise necessary countermeasures. The government will take steps to unveil them as early as next month," he added.

Real estate has been one of the most sensitive issues in South Korea amid strong public discontent with skyrocketing home prices over the past couple of years. 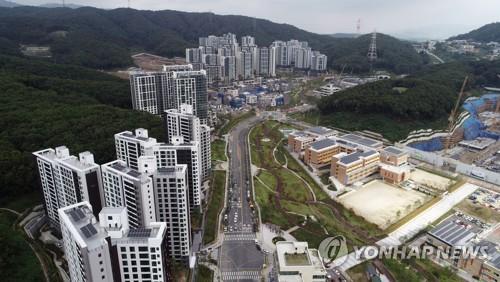 Meanwhile, Koh Seung-beom, the chief of the Financial Services Commission (FSC), told lawmakers that his agency will announce a set of additional measures next week to rein in runaway household debt with a focus on toughening regulations on borrowers' repayment capability.

"The measures will include the early implementation of the DSR measures and the management of household debt extended by non-banking lenders," Ko said during the session.

The debt service ratio (DSR) measures how much a borrower has to pay in principal and interest in proportion to his or her yearly income. A stricter application of the ratio is expected to lead to a decline in fresh loans.

South Korea's household debt rose at the fastest clip in the world, and the pace of its housing prices was the world's third highest, the chief noted, stressing that now is high time to manage the situation by revamping related rules. 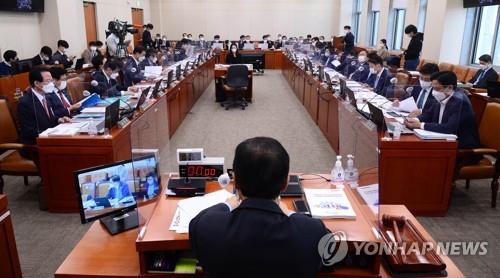