SEOUL, Oct. 21 (Yonhap) -- The Seoul city government said Thursday it will file complaints with police against all participants in a labor rally called by a militant umbrella union a day earlier on charges of violating the infectious disease prevention act.

On Wednesday afternoon, the Korean Confederation of Trade Unions (KCTU) staged a massive rally in central Seoul for about two hours as part of a one-day general strike to bring labor issues to the fore in the runup to the 2022 presidential election. About 27,000 unionists joined the rally, according to the KCTU. 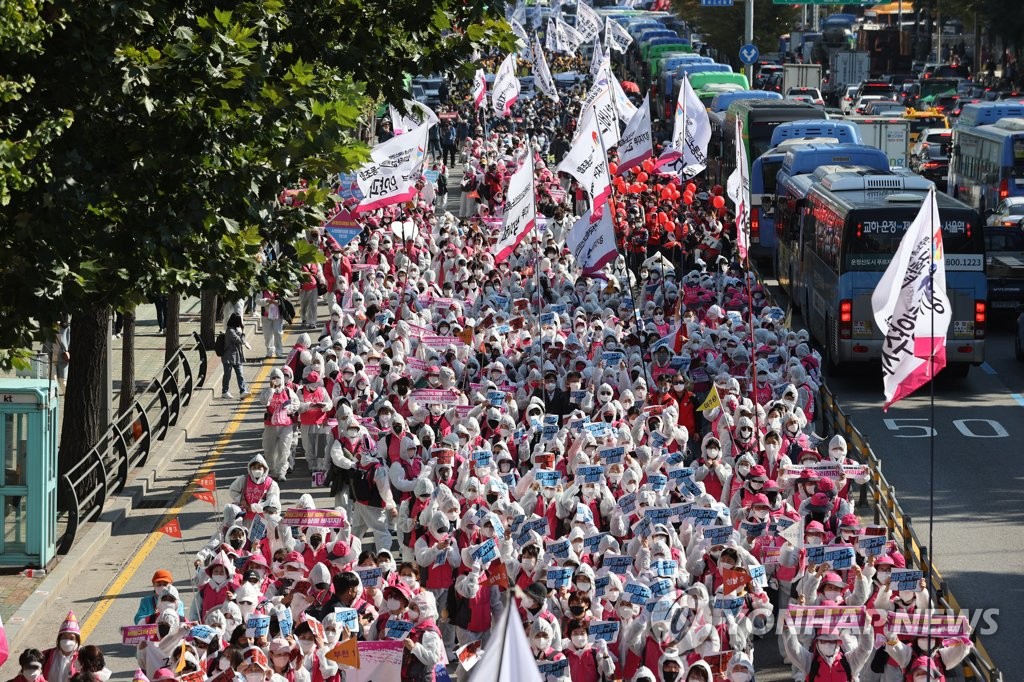 "As we warned in advance, we will report the organizer and all participants of KCTU's rally to the Seoul Metropolitan Police Agency at 4 p.m.," Kim Hyuk, a Seoul city official, said during the city's regular COVID-19 briefing. "The Wednesday rally was held in clear violation of the Infectious Disease Control and Prevention Act."

The city government previously requested the KCTU to cancel the rally, warning of a stern response.

Under the current Level 4 social distancing rules imposed in Seoul and the greater capital area, all social rallies, except for essential corporate and official purposes, are prohibited due to infection concerns.