SEOUL, Oct. 21 (Yonhap) -- India is seeking to export the K9 self-propelled howitzer to third countries in cooperation with South Korea, India's secretary for defense production said Thursday, stressing his country is pushing for a "win-win" partnership between the two sides.

Raj Kumar made the remarks during an exclusive interview with Yonhap News Agency, expressing satisfaction over India's recent deployment of the K9s, which were manufactured by the Indian company, L&T, in technical collaboration with the South Korean company Hanwha Defense.

"The Indian armed forces are very satisfied with the performance of the K9 Vajra platform, where the K9 Thunder has been very effectively adapted and indigenously built for Indian conditions and requirements," the secretary said.

"The variant of the platform also has good potential in third countries, and our governments (of India and South Korea) and industries are cooperating to take these opportunities forward," he added. 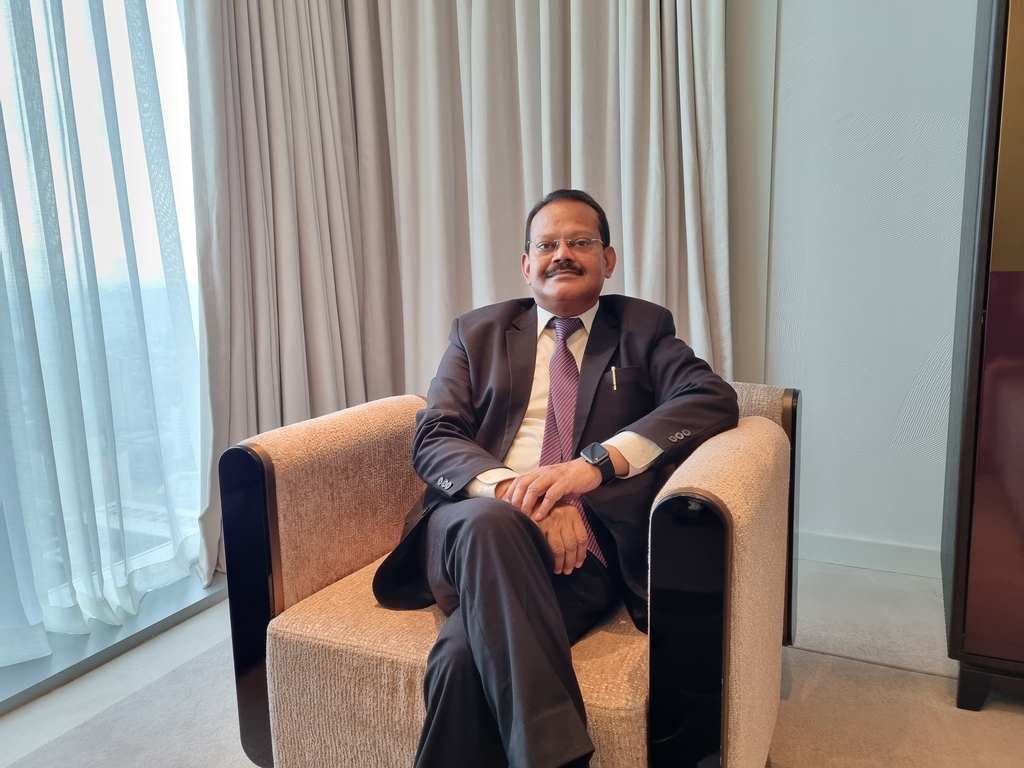 India's military has recently rolled out 100 K9 howitzers to multiple areas, including those bordering China, as it has been pushing for military modernization. Kumar cast the domestic production of the K9s as a "success story" and "unique milestone" in cooperation between the two countries.

Asked if India's military has a plan to purchase more K9s, the secretary refused to give a direct answer.

"It's a dynamic process, and our armed forces do continuous assessment of their requirements and their capabilities," he said. "Depending upon future needs, you know, they (will) look at it."

The collaborative project between South Korea and India to produce the K9s is in tune with New Delhi's "Make In India" initiative aimed at turning the country into a global manufacturing hub.

"What we are looking at is making India make for the world, and we should have joint working collaboration and co-production," he said.

"They should ultimately result in self reliance for our country, but in the process, it should be a win-win for the industries of both India and Korea," he added.

South Korean defense companies have been stepping up efforts to advance into or strengthen their footholds in India's market, as India has been pushing for its wide-ranging defense modernization with an increased focus on homeland security.

From 2014-2019, the Indian government concluded contracts worth US$25.8 billion with Indian firms, many of which have partnered with international defense firms, according to the official.

"(Republic of Korea) defense industries can take advantage of these openings and huge opportunities now that a relationship of trust and confidence has been developed between the Indian and Korean defense establishments," Raj Kumar said.