SEONGNAM, South Korea, Oct. 21 (Yonhap) -- Prosecutors raided the Seongnam mayor's office Thursday as they expanded a probe into a corruption-laden urban development scandal in the city south of Seoul.

A team of 23 prosecution investigators searched the offices of the mayor and secretaries for documents related to the corruption scandal involving the city's 2015 project to develop its Daejang-dong district into residential complexes.

The computers and other written work logs were reportedly the main target of the search, intended to look into records dating back to the time of the development project.

It is the first time prosecutors have searched the mayoral office.

The mayor's office had been spared in five previous raids into Seongnam City Hall, sparking opposition accusations prosecutors were not aggressive about investigating allegations against Gyeonggi Gov. Lee Jae-myung, who was Seongnam's mayor at the time the project was launched.

The probe delves into suspicions over how an asset management firm with little experience, Hwacheon Daeyu, and its seven affiliates joined the lucrative city project and reaped astronomical profits.

Civilian partners of the project, including Hwacheon Daeyu's owner Kim Man-bae, allegedly colluded with Yoo Dong-gyu, former acting president of Seongnam Development Corp., the city's development agency, to have their asset firm and affiliates chosen as a private partner of the lucrative project.

Yoo, arrested early this month on charges of breach of trust and bribe-taking, is considered to be a close aide to Gov. Lee, although the latter denies it.

The scandal is rattling the country's politics in the run-up to the presidential election in March and remains a source of political fire storm for Lee, the presidential nominee of the ruling Democratic Party. 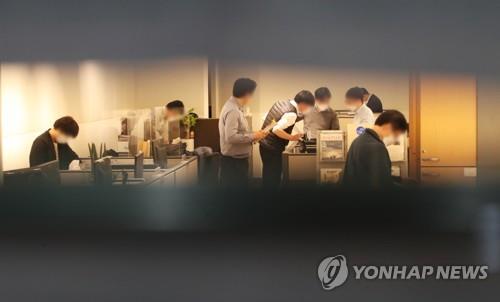