YONGIN, South Korea, Oct. 21 (Yonhap) -- The owner of a bear farm has been arrested on charges of falsely claiming that two black bears escaped from the farm in an attempt to cover up an illegal slaughter, police said Thursday.

The incident happened on July 6 when the farm owner in his 70s reported to the city government of Yongin, south of Seoul, that two 3-year-old Asiatic Black Bears, also called moon bears, had disappeared.

Later that day, one bear was found about 1 km away from the farm and shot dead, but the other was never discovered, even though about 50 city officials searched the area for 20 days. 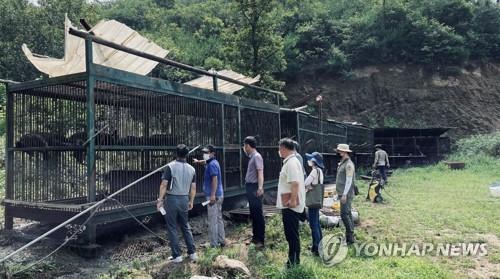 The farm owner later confessed to police that only one bear escaped from the farm.

Investigations found that the owner butchered one bear right before the other ran away and filed a false report to cover up his wrongdoing.

The man killed the bear in front of other bears at the farm and collected its gall bladder for bile and other body parts for meat. The owner only had approval for bile farming, not butchery, according to the police.

The Yongin Dongbu Police Station arrested him Wednesday with a court warrant on charges of violating the Animal Protection Act and the Wildlife Protection and Management Act.

Earlier this year, the farm owner was sentenced by an appellate court to four months in prison, suspended for one year, on similar charges in a separate case.

South Korea is one of the few countries in the world that still allow bear bile farming, but the act of killing an animal in front of other animals is banned by law.

Moon bears are one of the endangered animal species in the extinction crisis. 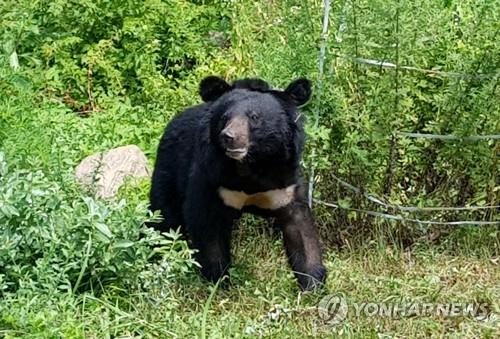