During the meeting held in Seoul, Trade Minister Yeo Han-koo and his Paraguayan counterpart, Luis Alberto Castiglioni Soria, discussed ways to promote bilateral investment and exchanges in a wide range of sectors, such as vaccine and climate change, according to the officials of the Ministry of Trade, Industry and Energy.

"Minister Yeo stressed the need for the successful completion of a Korea-Mercosur trade agreement and suggested the two sides further speed up negotiations," the ministry said in a release.

Mercosur is made up of Brazil, Argentina, Paraguay and Uruguay, and accounts for about 70 percent of the economy in the region.

South Korea and Mercosur held their seventh round of negotiations in August. 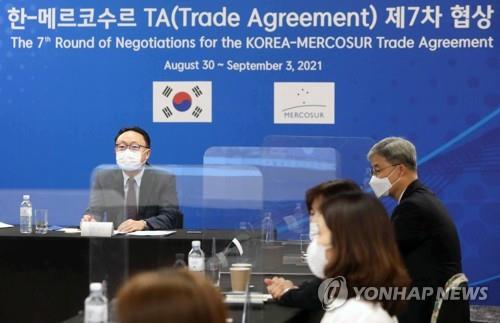