Moon praised scientists and engineers for developing the space rocket that reached a target altitude of 700 kilometers, describing it as a "creditable achievement."

"The test-launch of Nuri-ho was completed. I am proud of it," Moon told the public after witnessing the launch at the Naro Space Center, the nation's sole spaceport. "Regrettably, we did not perfectly reach the goal, but we made a very creditable achievement in the first launch."

After 12 years of development, engineers launched the 200-ton three-stage launch vehicle, KSLV-II -- also known as Nuri -- that carried the 1.5-ton mock payload at the Naro Space Center in Goheung, 473 kilometers south of Seoul.

Moon said scientists and engineers are investigating why the dummy satellite failed to stay in orbit after it was apparently successful deployed from the rocket. All three stages of the Nuri rocket successfully operated, Moon said.

By making up for shortcomings shown at Thursday's launch, South Korea will try to successfully put a payload into orbit with its second launch of Nuri set for May next year, Moon said. 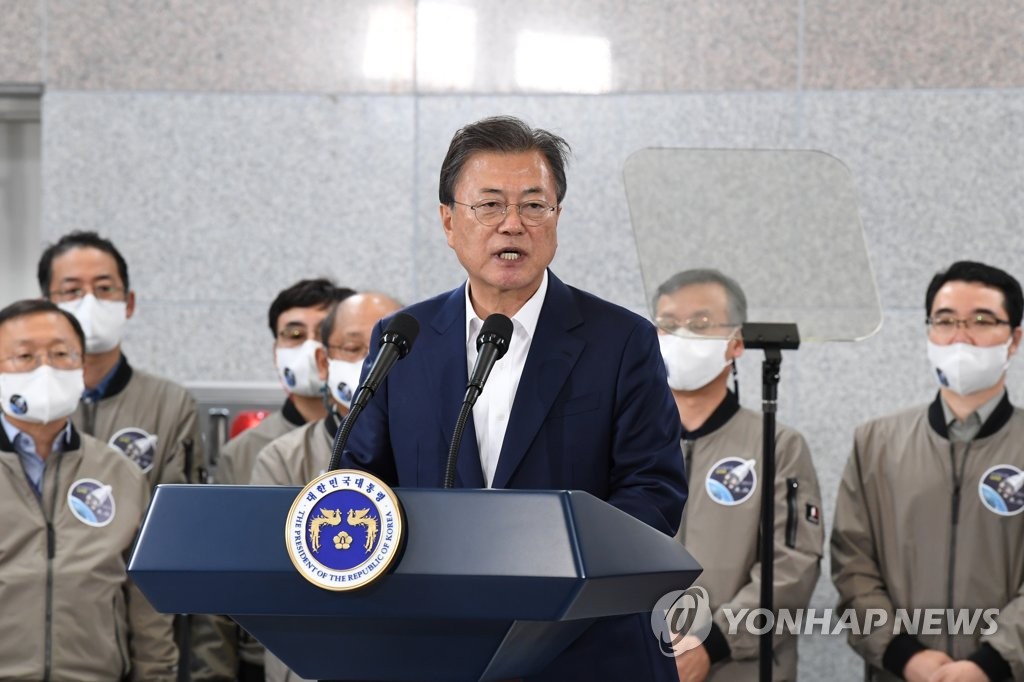 "Stably putting a dummy satellite into orbit remains an unfinished task. However, lifting a launch vehicle to an altitude of 700 kilometers is a great feat in itself and made us inch closer to space," Moon said.

The success rate for newly developed rockets at first attempt is 30 percent to date, scientists said. 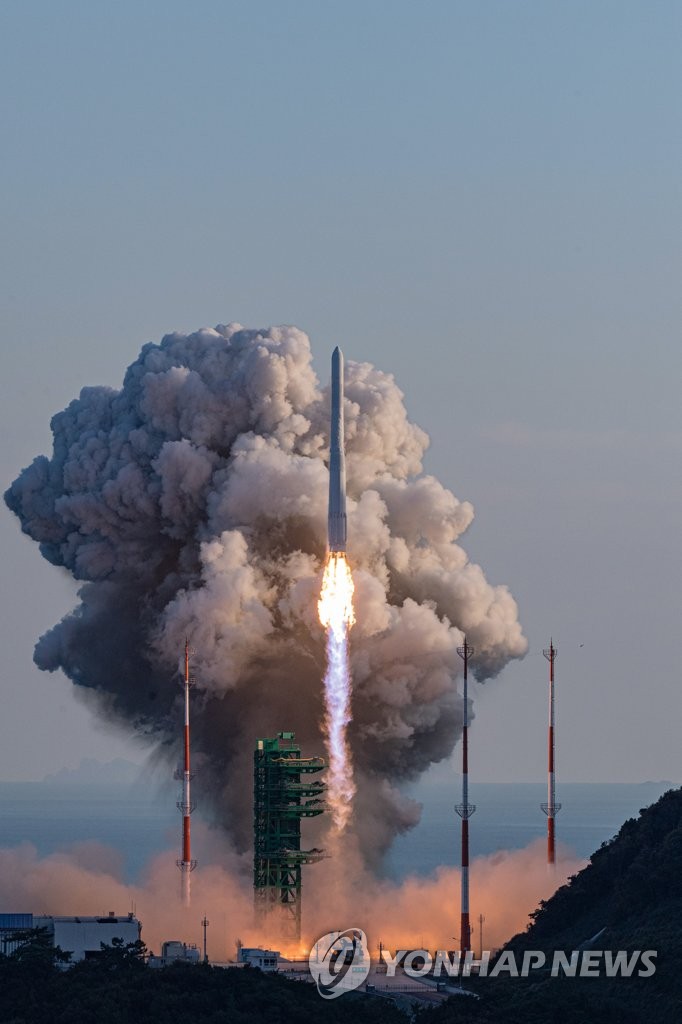 The Nuri is the first step for South Korea's ambitious space program, which Moon pledged will meet its target of landing the nation's own probe on the Moon by 2030.