By Kim Soo-yeon and Chung Joo-won

SEOUL, Oct. 21 (Yonhap) -- South Korea's launch of its first homegrown space rocket ended in "half-success" Thursday, but it will likely prompt the country to double its efforts to join the global space club with its homegrown rocket technology.

The KSLV-II, also known as Nuri, carried a 1.5-ton dummy satellite after being blasted off from the Naro Space Center in the country's southern coastal village of Goheung at 5 p.m.

The rocket completed all of its flight sequence as scheduled but failed to put the dummy payload into orbit. 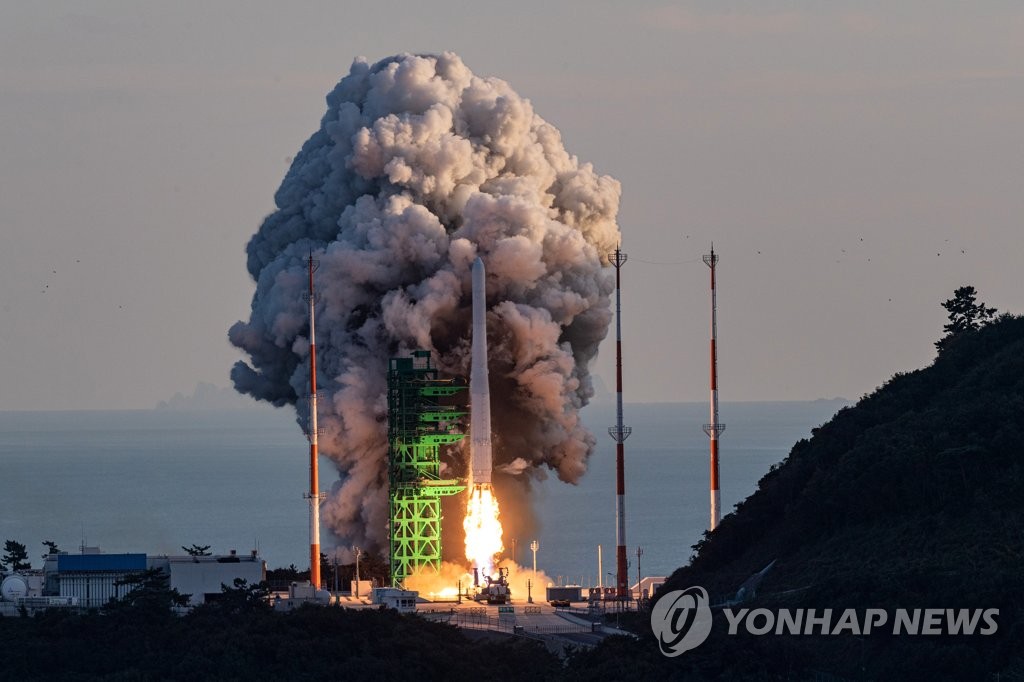 President Moon Jae-in said the rocket blasted off to a targeted altitude of 700 kilometers, describing it as a "creditable achievement."

"Regrettably, we did not perfectly reach the goal, but we made a very creditable achievement in the first launch," Moon said in a public message at the Naro Space Center.

The state-run Korea Aerospace Research Institute (KARI) said the success rate of a country launching a rocket on the first attempt is about 30 percent.

Of the 11 countries that have launched launch vehicles, only Russia, France, Israel and North Korea successfully placed their satellites into orbit on the first attempt, according to the KARI.

The U.S.-made Vanguard and Atlas, as well as Europa and Ariane, European launch vehicle models, suffered setbacks at the start. Russia lost the Soyuz 11A511U in 2002, and Japan's first space vehicle Lamdba 4S failed on its first four attempts in the 1960s.

"Even if the launch was not successful, we don't have to be frustrated. In light of technical advances and infrastructure built for the Nuri rocket, it is fair to say we've just stumbled in the final stage," said Roh Tae-seong, a professor of aerospace engineering at Inha University.

In January 2013, South Korea successfully launched the 140-ton Naro space rocket after a failed attempt in 2009 and another in 2010. But its key first-stage rocket was built in Russia with only the much smaller second-stage one being produced here.

The Nuri project began in 2010 with an ambitious goal to launch a rocket with the country's own technology. Around 300 Korean firms took part in the rocket program with the government spending 2 trillion won (US$1.7 billion) for the project.

Regardless of Thursday's outcome, the country plans to lift off the Nuri rocket in May 2022 as scheduled. It aims to launch the new rocket that will carry a 200-kilogram satellite and a 1.3-ton dummy payload next year. 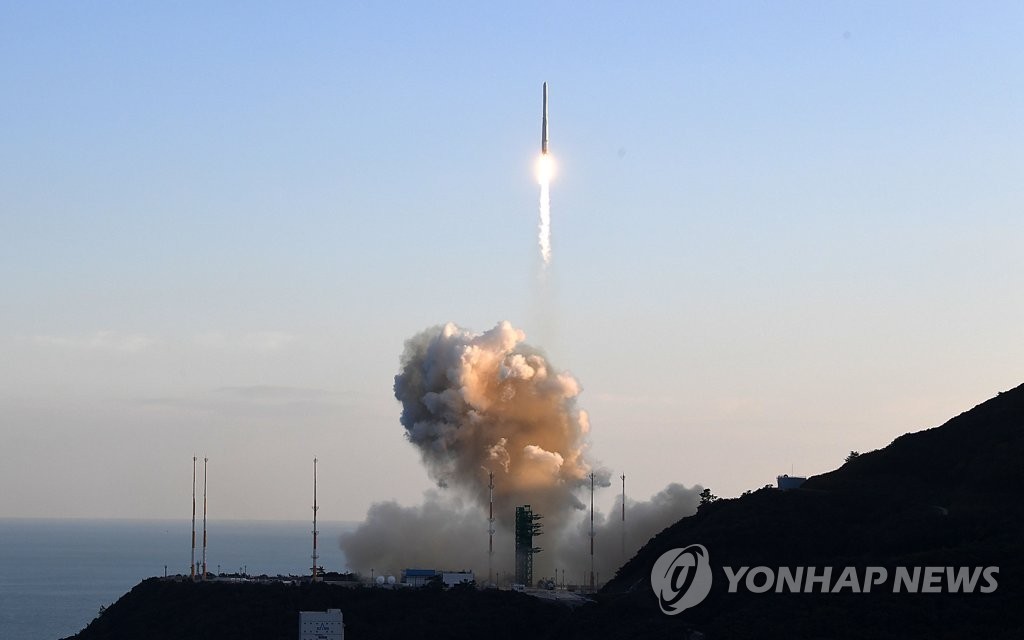 South Korea will also continue to move forward with its space rocket and satellite projects.

The KARI has an aim to upgrade the KSLV-II by improving the capability of its 75-ton thrust engines to 82-ton ones and increasing the weight of a payload atop the rocket.

The defense ministry also plans to launch a homegrown solid-fuel space rocket carrying a small 500 kilogram satellite in or around 2024.

Seoul's rocket development program had previously been strained by the missile guidelines with the U.S. But it gained traction as the allies agreed to scrap the restrictions in a summit between their leaders in May.

South Korea is also preparing its first lunar exploration program. It aims to launch a lunar orbiter on U.S. commercial space firm SpaceX's Falcon 9 rocket in August next year for an observation mission throughout 2023.