WASHINGTON, Oct. 21 (Yonhap) -- Allowing humanitarian assistance to a country under U.S. sanctions does not weaken the sanctions against the regime but rather serves American interests in the long-term, U.S. officials said Thursday.

"We ultimately want to and need to and will ensure that our sanction regimes have an economic impact on their targets. But as (former) Secretary Lew said, our goal is never to have an impact on people who are suffering in these countries or in this region," he told the virtual event.

"Providing for legitimate humanitarian assistance is not only the right thing to do, it's something that is in our strategic interest in order for those people to know that, ultimately, the people who are denying them from access to opportunity are the regime or the actors in their region who are committing actions that are not in our national security interest or consistent with international norms," added Adeyemo. 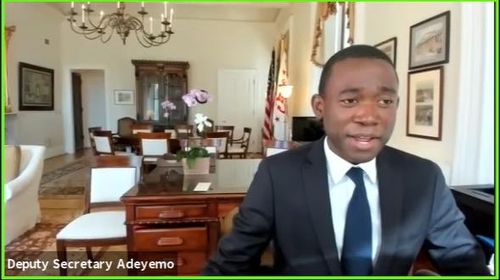 The deputy secretary also noted there was an ongoing review of U.S. sanctions regimes that he said is aimed at creating better tools to serve the U.S.' overarching diplomatic objectives for generations to come.

His remarks come amid discussions between South Korea and the United States on the possible provision of humanitarian assistance to North Korea.

A ranking South Korean official said earlier this week that Seoul and Washington may begin to provide humanitarian assistance to the North pending the reclusive state's agreement.

"Humanitarian assistant projects for North Korea have been discussed for months between South Korea and the U.S. as joint projects. South Korea and the U.S. have nearly reached a consensus on issues such as how they will be proceeded, but I believe there still need to be discussions on when they would be pursued since humanitarian cooperation projects require North Korea's consent," the official said Tuesday, while speaking on condition of anonymity.

North Korea faces various U.S. sanctions, in addition to U.N. Security Council sanctions that prohibit or limit shipments of a long list of items, ranging from luxury goods to refined petroleum products, to and from the impoverished country. 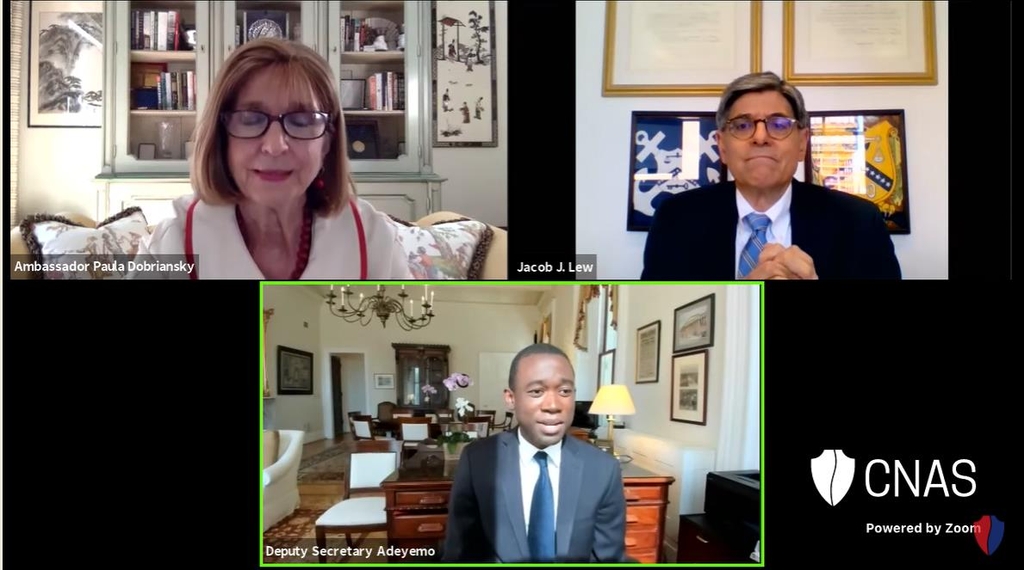 Jacob Lew, former U.S. secretary of treasury also known as Jack Lew, said the goal of sanctions was to win, not lose the hearts of people.

"If you allow any kinds of things like humanitarian relief or relaxation when you accomplish the goal, you are either reducing the pain or increasing the well-being in the country that you sanction. That doesn't mean you've done something that's inconsistent with the sanctions regime," the former secretary said in a webinar hosted by the Center for a New American Security, Washington-based think tank.

"And in fact, if you think about it in the broader conceptual terms, our goal is to win, not lose the hearts and minds of people in those countries. We don't want the United States as the imposer of sanctions, to become the organizing principle to drive nationalism and allegiance to a bad regime," he added.