WASHINGTON, Oct. 21 (Yonhap) -- North Korea's nuclear activities has expanded over the years and continue to move ahead, creating a big challenge for verification and safeguard efforts, the head of the U.N. nuclear watchdog said Thursday.

Rafael Grossi, director-general of the International Atomic Energy Agency (IAEA), also highlighted the need for a diplomatic process to denuclearize the Korean Peninsula.

"What is relevant is to see that compared with 2009, this program has spawned in activity wise, geographically into the country," Grossi said, adding the North's nuclear program is no longer "compound."

"And it's a big challenge because I am persuaded we will go back (to North Korea) and the day that happens, which could happen quite suddenly, we need to be prepared because the effort, the verification and safeguards effort that we will confront will be huge," he added in a webinar hosted by the Stimson Center, a nonprofit think tank based in Washington. 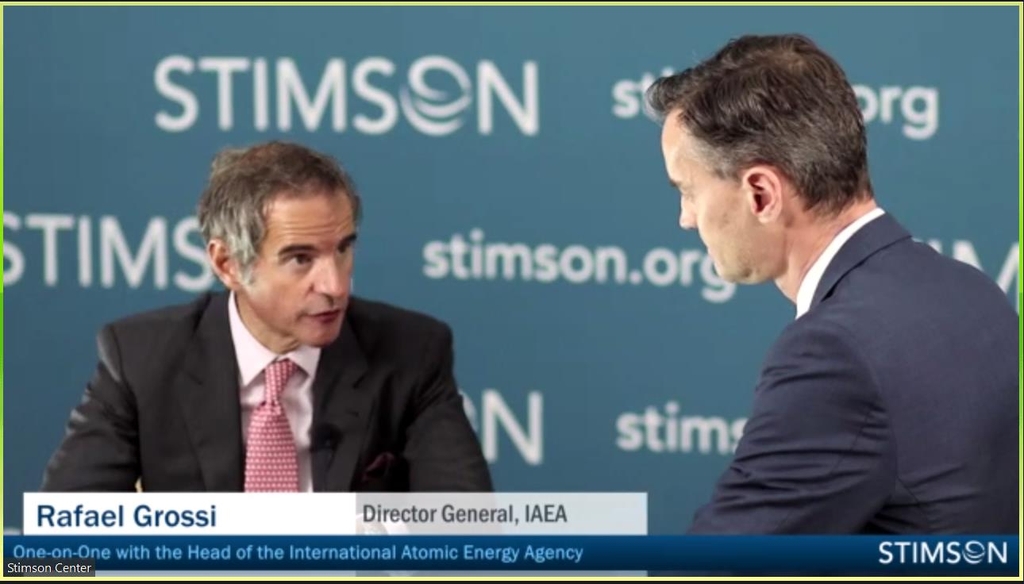 North Korea kicked out all IAEA inspectors in 2009 after it withdrew from a multilateral denuclearization deal. The country withdrew its IAEA membership in 1994.

Grossi earlier said the North appeared to be moving ahead "full steam" with its nuclear program, citing what the IAEA called signs of activities at North Korean nuclear facilities.

He, however, declined to comment on North Korea's nuclear capacity when asked.

"Whereas we are giving as much information as we can based on the technical means available to us, when it comes to capacities, as an inspector, I don't like to speculate," he said.

Still, he reiterated that the North could be working on "every possible, imaginable area that they have at their disposal."

"(Nuclear) reactors have been restarted, plutonium separation is ongoing, and uranium enrichment is probably really ongoing again and other facilities in country are giving signs of being active," said Grossi.

The IAEA chief underscored the urgent need to engage with North Korea in diplomacy.

He noted ongoing U.S. efforts to engage with North Korea, citing his meeting with U.S. Secretary of State Antony Blinken here in Washington on Monday.

"Secretary Blinken reassured me to the effect that the (U.S.) administration is still trying to make overtures, to try to revive some form of consultation with Pyongyang," he said.

The U.S. has repeatedly said it remains open to dialogue with North Korea "anytime, anywhere without preconditions."

North Korea remains unresponsive to U.S. outreaches, and has stayed away from talks with the U.S. since early 2019.