The earthquake occurred about 26 kilometers south of Jecheon, 168 km southeast of Seoul, at 6:51 a.m., according to the Korea Meteorological Administration (KMA).

The epicenter is estimated to be at a depth of 14 km.

The earthquake was recorded at a maximum of Level 3 on the seismic intensity scale in North Chungcheong Province, where the epicenter was located.

At Level 3, tremors can be felt considerably by people inside or high up in buildings and cars may shake slightly. At Level 2, only a small number of people in a quiet state or on higher level floors can feel the shake. 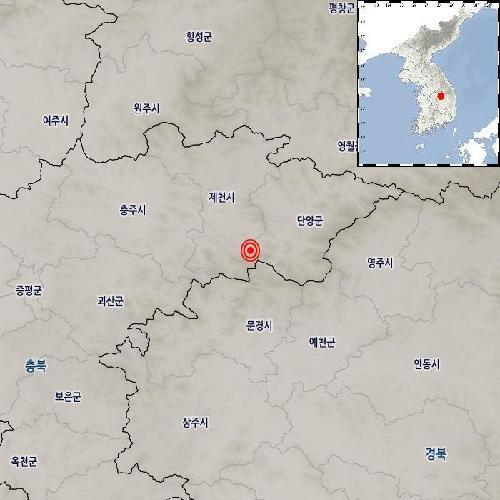