"The government will unveil details about fuel tax cuts, including the timing and the scope, next week," Lee said at a government meeting.

Oil prices have been on the rise amid the global economic recovery.

Prices of Dubai crude, South Korea's benchmark, neared US$84 per barrel this month, up from an average of $72.63 in September.

The country's consumer prices rose 2.5 percent on-year in September and inflation growth is likely to exceed 3 percent in October due to last year's low base.

Consumer inflation grew more than 2 percent for the sixth straight month last month due largely to high prices of farm and oil products.

The government lowered fuel taxes for six months starting November 2018 in a bid to help stabilize domestic gasoline prices. The measures ended in August 2019 after being extended for several rounds. 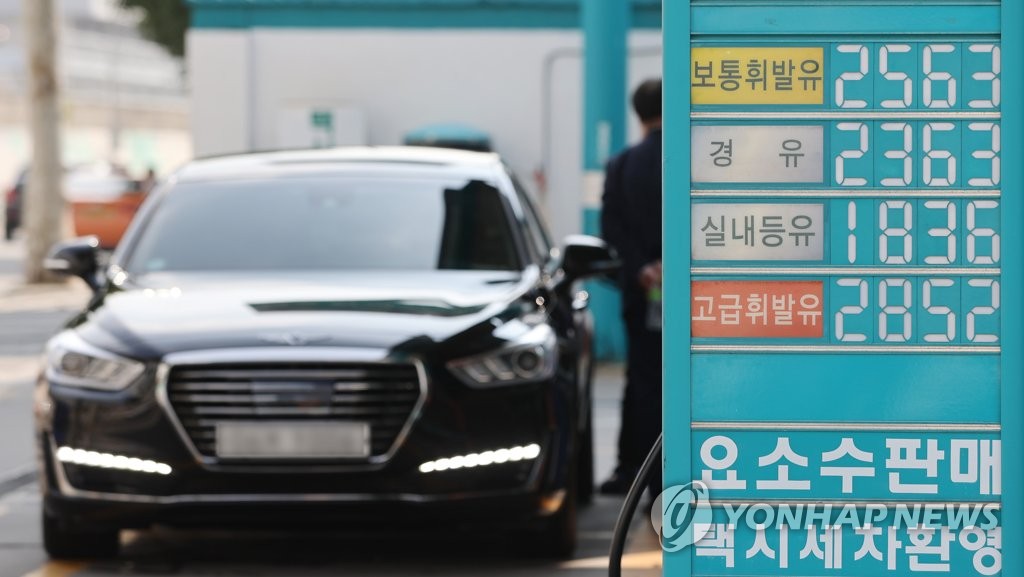