SEOUL, Oct. 22 (Yonhap) -- All Yoon Younggeul ever wanted was an opportunity to play. And the veteran goalkeeper for the South Korean women's national football team pounced on it against the United States, standing on her head to hold the world's top-ranked team to a scoreless draw.

Playing in front of a huge, partisan crowd at Children's Mercy Park in Kansas City, Kansas, on Thursday (local time), the U.S. ran into the hot goalkeeper in the first of two friendly matches against South Korea, as their home winning streak came to a halt at 22 matches. 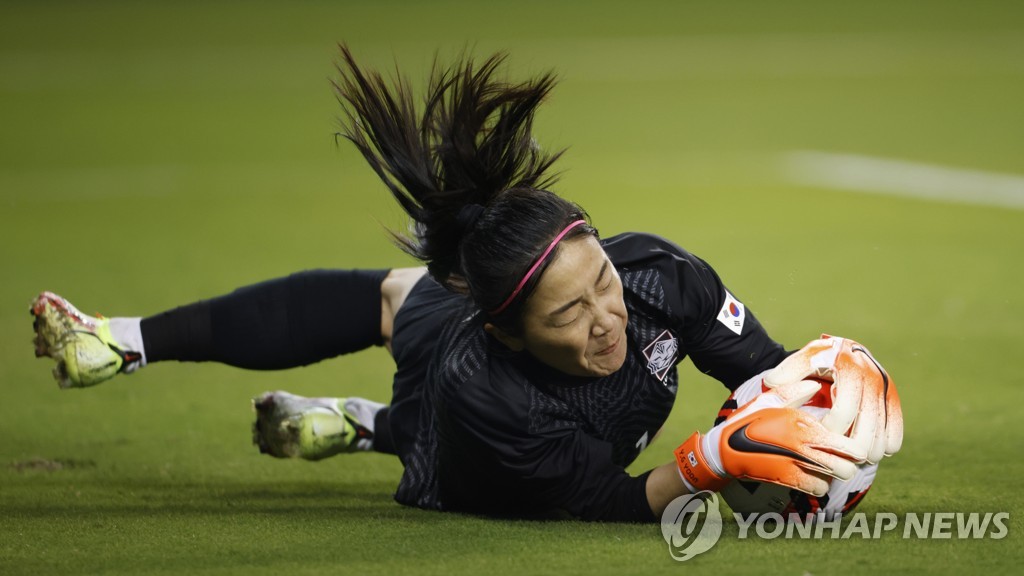 In their 22 previous wins at home, the U.S. had outscored their opponents 91-3. They attempted 19 shots against the 18th-ranked South Korea, including eight on target, but none got past Yoon.

Six days shy of her 34th birthday, Yoon is the second oldest player on the national team, behind only the fellow goalkeeper Kim Jung-mi. In the past, Kim had received a bulk of opportunity for South Korea, with Yoon biding her time on the bench. And Yoon missed 10 months following knee surgery in February 2019.

However, at an age when most careers hit the downslope, Yoon is playing the best football of her life. She had four straight clean sheets coming into this match and got the start ahead of Kim.

And Yoon made the most of that chance.

"While sitting on the bench for all these years, I've been waiting for a moment like this for a long time," Yoon said, in an interview transcript provided by the Korea Football Association. "Things that I'd imagined and dreamed about became a reality today. I am grateful that I was able to do things that I'd been preparing to do throughout my career."

Yoon's earlier clean sheets had come against heavy underdogs, such as Myanmar, Vietnam and Mongolia. The U.S. represented a challenge on a whole new level, but Yoon was up to the task. 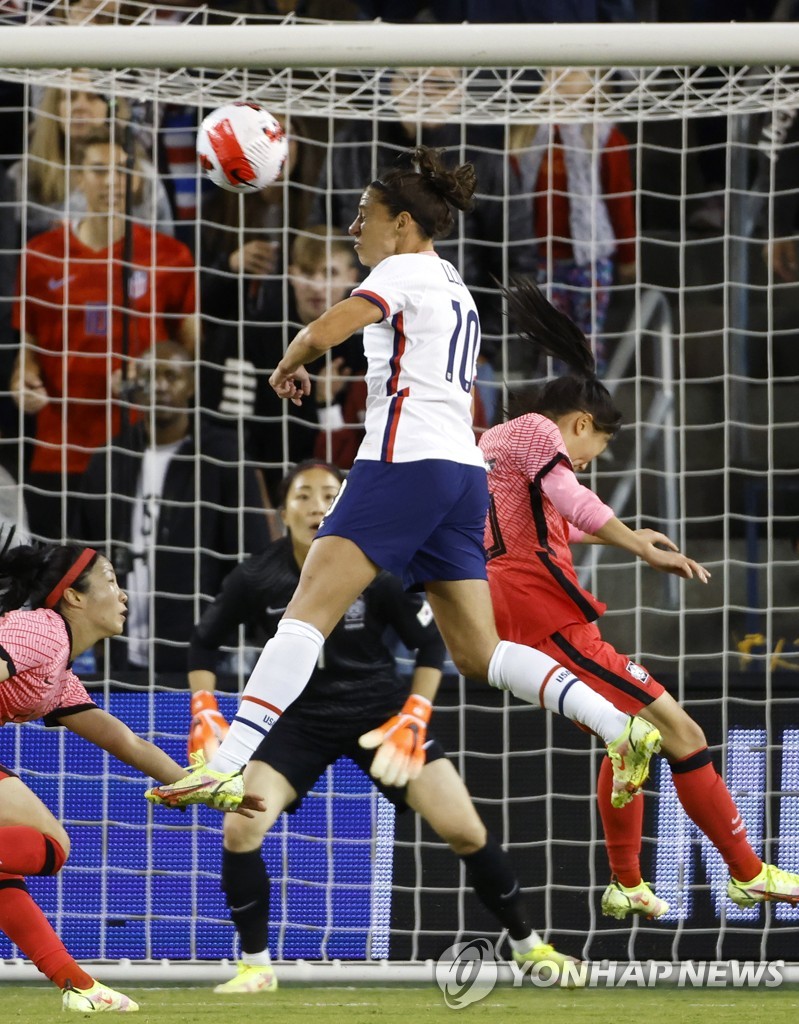 Yoon caught a break when Lindsey Horan found the woodwork with a shot from outside the box in the 13th minute. From there, though, Yoon worked for and earned every save.

She denied Horan in the 19th minute and saved another shot from Alex Morgan the next minute.

The biggest save came in the 76th minute, when Yoon kicked away a shot from Carli Lloyd to keep the match tied as South Korean defenders started running out of gas. The American veteran, who will retire from international play after the second friendly against South Korea next week, was making her 315th appearance and going for her 135th goal.

"I was most proud of that save," Yoon said.

"It would have been better if we'd won the match, but as a goalkeeper, I am happy to have kept the other team off the scoreboard," Yoon added. "I'd like to thank my teammates for playing so hard."

South Korea and the U.S. will go at it again next Tuesday in St. Paul, Minneapolis.

"I don't know if I will have another chance for the second match," Yoon said. "But there will be enough time to recover and prepare. If I do play, I'll try to help the team win."

Appreciative of opportunity, veteran goalkeeper stands on her head vs. U.S.

Appreciative of opportunity, veteran goalkeeper stands on her head vs. U.S.